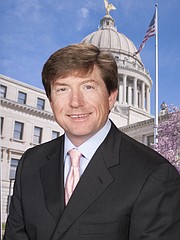 Speaker of the House Philip Gunn enjoyed a hollow victory last week when his chamber voted 95-21 to to give all of the authority to decide school curriculum to local school boards—which is already the law.

“All we’re doing with this is we are agreeing with existing policy,” House Education Chairman John Moore, R-Brandon, said of the bill Gunn introduced.

“Just to be clear,” Democrat Rep. David Baria from Bay St. Louis said on the floor, the bill would stop the “dirty rotten scoundrels in Washington from imposing their communist agenda on our school curricula?”

“You just hit the nail on the head,” Moore responded sarcastically.

HB 156, which Gunn also introduced, would remove the “requirement that the state Department of Education form a single accountability system by combining the state system with the federal system.” The bill also renames Common Core “Mississippi College and Career-Ready Standards.” But it was unclear to many lawmakers what the bill would actually do. It passed 92-25.

While Moore said the bill does not deal with Common Core, Mississippi’s academic standards are exactly what many Democratic lawmakers wanted to discuss.

“It would detach (Common Core) from consortium that kind of linked us to the federal standards. We’ll still have to abide by federal law, but the way the law was written, any change that we made at all in our standards had to be approved by the U.S. Department of Education and I believe what this does is detach us from that,” Moore said. “It puts it back totally under our control as far as the standards themselves.”

But after the hearing, Moore told the Jackson Free Press that the state does not need federal approval to change its academic standards and that it could decide to get rid of Common Core "at any point in time."

“It had to do with some federal testing. Our testing had to line up with their test and it had to be approved, but that’s not the way it’s ever been in Mississippi,” Moore said. “We just felt like we need to detach that, let Mississippi have its own assessment, assessing our standards.”

“We can’t continue this slide. I’m sure the federal government would discourage us from backing down our standards,” Moore said. “(The districts) have been working really hard out there, training teachers to ramp up to the new standards, and now would not be a good time just to throw them out.”

In the Thursday debate regarding the bills, Rep. Omeria Scott, D-Laurel, gave a powerful speech about the status of education in black communities.

"It’s our children that’s failing, and the people that are responsible for this clearly do not know what to do,” Scott said. “Stop blaming black children and black people and the black community for our failure when you won't allow us the opportunity to try to put some policies in place that would help our people. It’s your fault.”