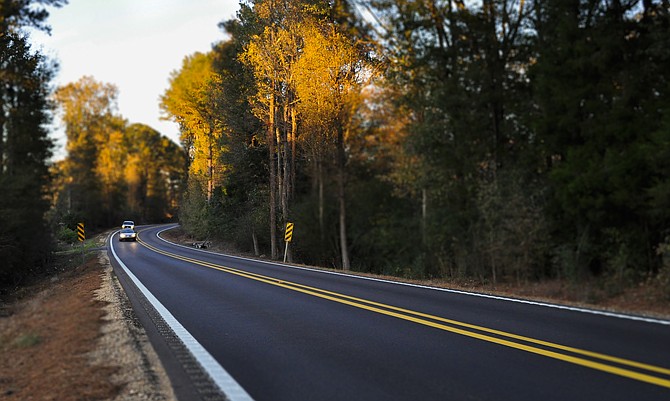 The Federal Highway Trust Fund allotted $1.4 billion to Mississippi in 2013. After adjusting for inflation, that's 3 percent less than in 2008, though it's 10 percent more than 10 years ago. The money comes from federal fuel taxes, and the share that flows to the state Department of Transportation makes up almost half the current $1.1 billion budget. Other money flows to local road planning groups and transit operators.

Figures compiled by The Associated Press show the total amount of road money available to states from the fund has declined 3.5 percent during the five-year period ending in 2013, the latest year for which numbers were available. During that span, the amount of inflation-adjusted federal highway money dropped in all states except Alaska and New York.

Mississippi's share of Federal Highway Trust Fund went from $354 per capita in 2003, to $456 in 2008 but moved up more slowly to $472 in 2013. Though other states have fared worse, Mississippi's rate of increase in that final five-year period is in the lower half of states.

The pinch comes as highways age that were built in the great burst of construction following Mississippi's passage of it 1987 four-lane highway program. The state's three transportation commissioners and others have been sounding alarms for several years.

"We continue to do the best job that we can in managing the demise of our transportation system," said Central District Commissioner Dick Hall, maybe the most outspoken in favor of more money.

The Mississippi Economic Council has formed a group to study transportation conditions, outline priorities, and figure out how to pay for them.

"The revenue that's currently there is not meeting the needs at any level," said Scott Waller, senior vice president of MEC, the state chamber of commerce.

Troubling symptoms have increasingly cropped up. Farmers complained that weight limits on deteriorating bridges along Mississippi 6 between Batesville and Clarksdale were hampering their ability to truck grain to the Mississippi River. Because of a lack of money, transportation officials have said they are increasingly been chip sealing state highways — covering them with a layer of tar and small rocks — instead of repaving them with asphalt. The chip seal fills cracks and stops deterioration for a time, but officials say it's a short-term fix. Last fall, aging county bridges in both Washington and Bolivar counties collapsed after vehicles drove over them.

"Most people now view our highway system as pretty solid. The emphasis now is to maintain the infrastructure that we have," Waller said.

A panel led by Senate Transportation Committee Chairman Willie Simmons, D-Cleveland, proposed raising a mix of taxes to increase revenue by $600 million or more in 2013.

But at that time, Gov. Phil Bryant, Lt. Gov Tate Reeves and some business groups all rejected tax increases. The Legislature did add $52 million to this year's budget for bridges and county roads, and the House is proposing another $30 million this year for repaving.

"That's a spit in the Pacific Ocean, but we'll certainly use it," Hall said.

He and House Transportation Committee Chairman Robert Johnson III, D-Natchez, said now is a prime time for the state to raise taxes because gas prices are low. But transportation hasn't figured highly in election-year priorities. Reeves has proposed almost $400 million in business and individual tax cuts over the next 10 years.

Part of the reason that the issue has stayed off the radar of an election-year Legislature is because of the MEC study. With a due date late this year, the study will set up possible legislative action in 2016.

Waller said MEC is studying states like Virginia, which passed a package of fuel and sales tax increases, and Arkansas, which raised its sales tax, to pay for roads. He acknowledges that proposing tax or fee increases will be "the hard part" of the study.

The MEC study could build support from the business community, which was key to the 1987 tax increase that helped pay for the four-lane highway program.

"We're missing leadership from the top on this issue, not just from the political top but the business top," Johnson said.