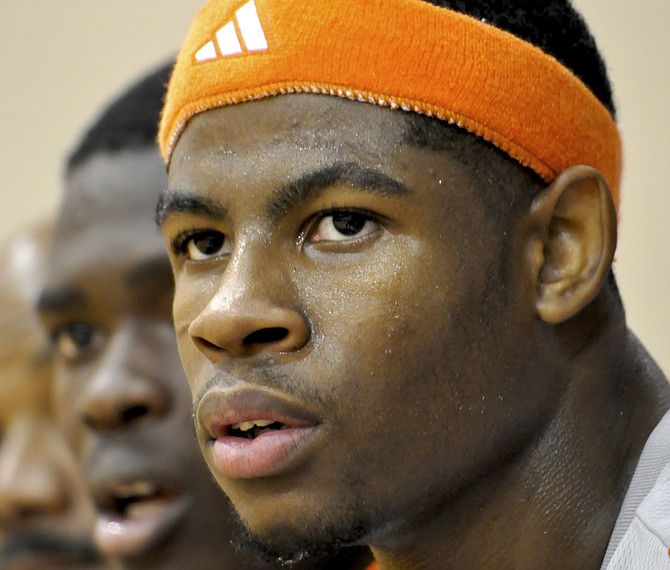 It was supposed to be the showcase act for the main event in Jackson Public Schools athletics: big-time high school basketball. Unfortunately, the actual stage used wasn't nearly big enough.

One might as well house an army in an outhouse. Hundreds of fans couldn't even get in. The ones who did were packed to the ceiling and sprawled out on to the floor, with coaches, college scouts and media lining every spot on the baseline walls.

It was every bit the famed high-school hoops atmosphere you hear about in barbershops and read about in books—a cauldron of boiling intensity.

But the pot needs to be bigger, because Friday, it bubbled over. A scuffle on the court led to a fight in the stands, resulting in arrests, and eventually, the decision by JPS officials to call off the game in the third quarter.

Call off the game? On senior night? Surely not. You would think that even with a foul-up, one could finish the game. Instead, the story became not another remarkable game, but a much sadder one since the game couldn't be finished at all.

The district's problem with crowd control at basketball games isn't entirely new. I was a terrified part of the pepper-spray-induced stampede outside Murrah High School in the early 2000s that led to the decision to move games of this magnitude to a bigger venue.

Initially, the teams played the games at the Athletic Activities Center at Jackson State University, a venue roughly four times the size of Forest Hill. But the move was deemed excessive and costly in recent years so the district moved the games back to the high schools.

Friday night's incident proved that they need to be moved again to a larger alternative.

Certainly, it rests with the fans to make better decisions and calls for better policing. But it's simply too explosive of an environment to withstand. Why continually risk spilling a cauldron when you can use a bigger pot?

It may be costlier, but the district can ill afford the embarrassment from the incident that happened Friday at Forest Hill. And the student-athletes deserve to play. After all, the show must go on. We didn't even get to see the end of the headline act.

The sports world has moved to social media like everything else. Here are four Twitter follows you'll want to hit and won't regret this week.

@davidbrandtAP—Mississippi AP sports writer David Brandt is the one to follow as Mississippi teams make their national March Madness push.

@shootermcgavin—The villain of "Happy Gilmore" fame. It's one of the best parody accounts on Twitter. Laugh as he skewers the sports world 140 characters at a time.

@jaywhitesports—Another great follow for Mississippi sports. Mississippi Public Broadcasting's Jay White has got the pulse of the SWAC and the small colleges, as well as the big three.