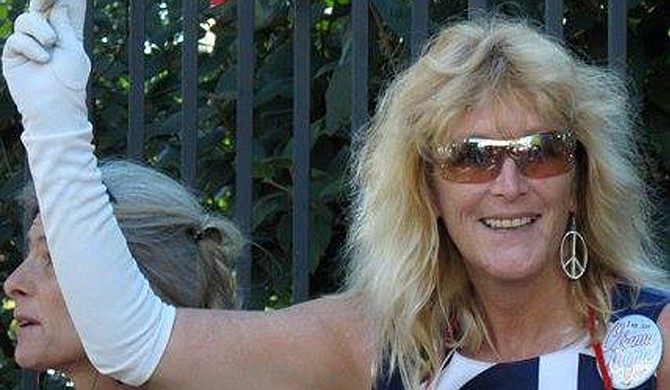 Kelly Jacobs' effort, riding the wave of legalization in other states such as Colorado, Oregon and Washington, was beset with obstacles from the start. Photo courtesy Kelly Jacobs/Facebook

But Kelly Jacobs tells The Commercial Appeal she considers the effort a good first step toward change.

Tuesday was the deadline for gathering approximately 107,000 signatures to get Initiative 48 on the November 2016 general election ballot. Jacobs, who knew she faced an uphill battle in conservative Mississippi, finished with 13,320 certified signatures. She said the actual number was probably a bit higher because some of the state's 82 counties did not provide a list of certified signatures.

"Our ballot initiative petition 48 was a huge first step down the road of legalizing marijuana for Mississippians," Jacobs said in a letter to the Mississippi Democratic Party Executive Committee detailing results of the petition drive. She said the next step is for supporters to "have a conversation with our elected officials about how we expect them to change our laws so that we eventually succeed and marijuana is regulated like alcohol."

Jacobs' effort, riding the wave of legalization in other states such as Colorado, Oregon and Washington, was beset with obstacles from the start. In a letter to Secretary of State Delbert Hosemann, Jacobs and her Mississippi for Cannabis group claimed unlawful denial of access to public buildings for meetings and a litany of other alleged improprieties. Jacobs said she was confronted by two Ku Klux Klan members at the DeSoto County Courthouse in Hernando, and they threatened her if she didn't stop collecting signatures.

Also, Jeremy Bufford, a prominent Florida backer of marijuana legalization who had offered to pay Mississippi volunteers to gather petition signatures, backed out after he said he received threats.

The push found the most backing in Jacob's home county of DeSoto, where 1,853 certified signatures were collected. DeSoto is also one of the state's most populous counties.

Someone could pick up the ball with Jacobs' petition and would have until next Oct. 3 to get enough signatures for the 2017 ballot, but she said she wasn't aware of anyone planning to do so. She added she has no plans to launch a new ballot initiative in the future.