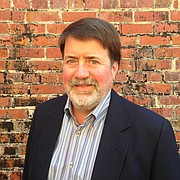 Mississippi celebrates the bicentennial of its statehood in 2017, marking the anniversary of its admission to the Union as the 20th state on Dec. 10, 1817. A centerpiece of the state's bicentennial celebration will be the 2017 opening of two new museums standing side-by-side on North Street: the Mississippi Civil Rights Museum, the nation's first state-sponsored civil rights museum, and the Museum of Mississippi History.

This should be a proud moment for the state, an opportunity to assess the past and aspire to the future, a time for speeches and parades and music and ... flags.

As this bicentennial approaches, however, Mississippi is the only state that still has the Confederate battle flag as part of its official state flag. If the flag flying in front of these new museums features the Confederate battle emblem, it will say that Mississippi is still mired in its racist past while refusing to acknowledge it. It will represent ongoing willful denial that —as Mississippi's 1861 Declaration of Secession proves—Mississippi seceded from the Union to maintain the continued enslavement of African Americans, bringing on the devastating war that followed.

Failure to change Mississippi's flag will signify that Mississippi continues to ignore that the introduction of the current flag in 1894 was a contemporaneous and integral part of this state's enactment of Jim Crow laws segregating its black citizens and denying them basic constitutional protections.

Failure to change Mississippi's flag will demonstrate that Mississippi willfully embraces this emblem that was used—officially and unofficially—throughout the civil-rights era of the 1950s and 1960s and beyond as a powerful symbol of opposition and often violent resistance to desegregation of public schools, protection of voting rights and equal treatment in public accommodations.

With this history, the Mississippi flag should no longer feature the Confederate battle flag. Yes, flags have historical aspects, but more importantly, over time a flag becomes a powerful present symbol of the mindset and endorsement of the political and social forces it has represented in the past.

When apartheid ended in South Africa, the country replaced the flag of the former regime by adopting a new flag. The new South African national flag first flew on May 10, 1994, the day Nelson Mandela became president, two weeks after the country's first democratic elections. In the two decades since, the new flag, with its bold six-color design and its avoidance of divisive historical emblems, has become a popular and unifying symbol of South Africa.

A new flag helped change that country's narrative. Let's change the narrative here in Mississippi. Let's make the Statehood Bicentennial the time for Mississippi to experience a new birth of freedom under a new flag as our state begins its third century.

By deciding now on a plan to change the official state flag in 2017, Mississippi's leaders and its citizens will have ample time to prepare for this change by (1) planning and carrying out the necessary legal actions to retire the current state flag and (2) designing and adopting a new official state flag that represents and symbolizes this state in a healing and unifying manner.

I call on the Mississippi Legislature to follow the lead of House Speaker Philip Gunn and move forward promptly in the coming session to retire the current state flag and adopt a new one in which we can all claim a heritage.

I call on Gov. Phil Bryant, Lt. Gov. Tate Reeves and other state officials to commit to support these efforts. I call on all Mississippians to come together to contemplate our full history in the time remaining between now and the Bicentennial.

Mark Wiggs is an attorney and writer who lives in Belhaven.