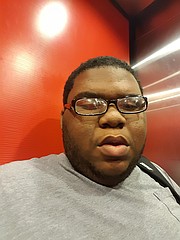 Such confusion causes these crimes to be labeled as "senseless violence." Yet, there are reasons for these crimes, although it might prove difficult for people to understand if they’ve never gone through some of the things that these young criminals have encountered. It’s one thing to sympathize; it’s entirely different to empathize.

If one has never been a 14-year-old black male living in a single-parent household with three younger siblings, or been in a similar situation, then one won’t be able to understand these “criminals” fully. Obviously, the crimes are horrible, but that doesn’t mean that the criminals should automatically be vilified and painted as the most horrible people in our society. While it is easier to write these young people off, it is a simplistic way of viewing the crimes and the people who commit them—and it doesn't provide solutions or prevention.

Most people are unaware of the nuances of being poor and being a member of a minority, though the two are by no means mutually exclusive. The simple answer, many believe, is to get a job and stop being lazy. But what job could a 14-year old possibly get to take care of five people? So necessity becomes the gateway for many people to enter into the world they’ve only seen on TV.

One doesn’t wake up and become a criminal, nor is one born a criminal; something happens that pushes a young person toward it. Victims of systemic oppression and racism, who are quite possibly suffering from complex post-traumatic stress disorder, commit these crimes. That is certainly true here in New Orleans: Many teenagers were children trapped with their families, who had to be rescued through dangerous water and from rooftops. Some even saw bodies floating in the flood waters while they waited for help.

Clinical psychiatrist Judith Lewis Herman, of Harvard University Medical School, says PTSD is defined as a psychological injury resulting from prolonged exposure to social or interpersonal trauma in the context of dependence and entrapment (situations lacking viable escape routes for victims). That exposure causes loss of control, helplessness, and deformations of identity and sense of self.

This reality does not excuse the crimes some of the young people later committed, but it should bring acknowledgement that the system is having deep and long-lasting effects on generations of black and Latino youth. All the inequities in the system contribute to the trauma that leads to crime—such as the lack of quality education and quality positive representation, as well as the constant demonization of peers and the lack of mental-health services.

The lack of quality education targeted to their specific cultural needs causes many young minority children to feel as though education is a waste of time. Problems in the home and the neighborhood as a whole also might be distracting for the students. Educators who are not prepared to combat these distractions will ultimately be ineffective in teaching students who are dealing with issues that are resulting in serious mental-health issues.

The complex post-traumatic stress disorder could arise in many different ways that can’t truly be dealt with because mental-health funding was cut in Louisiana after Hurricane Katrina. New Orleans’ black teens specifically are four times more likely to suffer from PTSD, according to a report released by the Institute of Women and Ethnic Studies. A combination of lasting effects from Hurricane Katrina and ongoing hardships can result in criminal activity.

When every sense of normalcy is ripped away in a few hours, people instinctively cling to any sliver left. Experiencing a horrible natural disaster can easily leave a teenager or a child confused and angry at something. Instances of “senseless” violence occur over disputes that many “upstanding” citizens would see as foolish or unnecessary, but to teens of color who are at a disadvantage because of both age and ethnicity, these things are of the utmost importance.

The severe lack of adequate and positive representation in the mainstream media exacerbates the problem. If the only people who resemble you or represent your culture in media coverage are men presented as impoverished thugs and women as angry and self-deprecating, then that negative behavior becomes normalized. Victim blaming and minority vilification are one and the same.

In a country that can diagnose members of the wealthy, white population with affluenza, why can’t they see that poor black and Latino kids are suffering?

JeBari Lewis is a sophomore at Loyola University New Orleans. After serving on multiple organizations in high school and as editor of his high school newspaper and as the president of the Harmony Oaks Youth Advisory Council, he decided to major in journalism with a minor is sociology. An alumnus of NABJ's JShop and AAJA's JCamp, JeBari is also a former member of ASNE's youth journalism advisory board and currently serves as the college intern for Future Icons of NOLA, an Aug. 29 exhibit in New Orleans that pushes back on media portrayals of young people of color.