Kwame Braxton: The Art in Hip-Hop 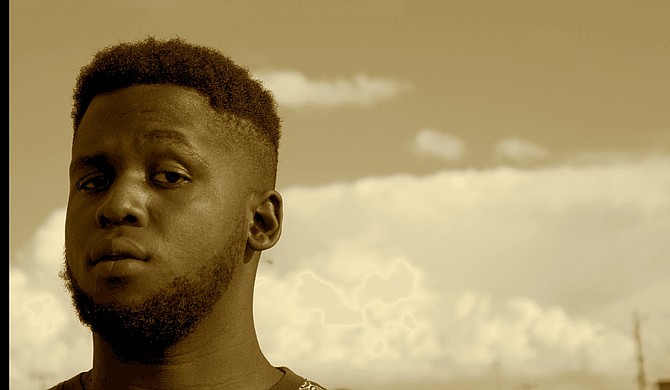 Jackson hip-hop artist Kwame Braxton's song "Carbon Copy Man" plays on a person's egotistical nature—that line between who you already are and who you are trying to be. It seems fitting that his first time performing the song for an audience became a seminal moment in his career.

"I was rapping to a mixed crowd," he says. "I could actually hear people's responses to my performance. That's when I said to myself that this music is actually going to affect people."

"I grew up in an Afro-centric home," he says. "I used to draw a lot, but I didn't really get into lyricism until I was in the sixth grade. I was never really one of the rappers who rapped about what people refer to as 'thug' stuff." 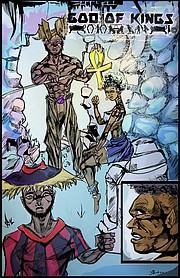 His socially conscious writing style and southern feel shouldn't be a surprise to listeners, given his creative inspirations, which include hip-hop legends Biggie Smalls, KRS-One and his favorite lyricists of all time, Rakim.

"Rakim was one of the coldest emcees ever," Braxton says. "He was teaching people how to do math and rap at the same time. Once I learned you could do that, that's when I decided to really pursue rap."

Braxton performed in front of a crowd for the first time in the eighth grade when he participated in a cypher—a group setting for freestyle rapping. It went awful, he says, but that only encouraged him to start practicing, jumping into any cypher he saw. In order to become more confident in his abilities, he also began studying the art of hip-hop. Braxton says reading was one of the key elements that changed his life and helped him realize what hip-hop music truly meant for him.

"The first book I ever read and finished was 'From the Browder Files: 22 Essays on the African American Experience' by Anthony T. Browder," he says. "I recommend that book to everyone. I saw how I could apply this information to so many aspects of my life. It really opened up my mind."

In 2008, Braxton worked with local producer Hotep Slosteps and singer Rakhua to record his first track, "God Has a Vision," which he says, in retrospect, provided a look at his awakening throughout his musical journey.

For the latest step in that journey, "Category 6ix," he decided to combine his creative musical process with his love for drawing. Starting in 2012, Braxton began writing and illustrating an ongoing comic-book series called "God of Kings" as a companion to his music. Fans can pick up a copy of the first volume on the same day as the EP.

"Drawing was the first talent I realized I actually had," he says. "At the end of the day, if I wasn't a rapper, I would do comics. That's my art and my expression. The album will reference the comic book a lot. They are sort of like timelines. ... This is going to wake people up, one way or another. If the music doesn't do it, the comic book will."

Braxton plans to work with more local talent in the near future, including producer Solace. He also hopes to one day be able to collaborate with big names such as 9th Wonder, Drake and Iron Mic Coalition.