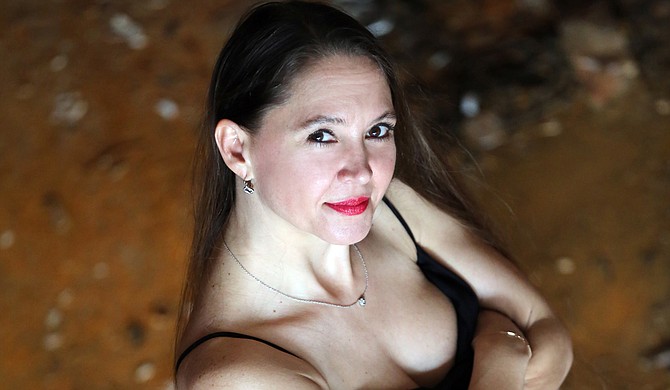 No doubt about it. Blues music still brews in the Mississippi Delta, an area that has cultivated some of the most influential artists in Mississippi music. Greenville native singer and pianist Eden Brent says she also owes her love of the genre to the region.

"I would not have even been into blues if I hadn't grown up in the Delta," Brent says.

Brent's career began with her friendship with blues artist Abie "Boogaloo" Ames, whom she says she grew to know after seeing him play around town, performing everywhere from private parties to the local marina. Over time, she built up the courage to request certain songs.

"We got friendlier and friendlier, and then I finally asked him to teach me something," she said.

Brent and Boogaloo became a power duo. She served as his apprentice for 16 years and learned almost everything she knows about piano from him, she says, except for a few skills that she picked up from music teachers in her teenage years.

Brent has since earned attention in the national blues scene, featured in USA Today, NPR's "Weekend Edition" and "The House of Blues Radio Hour." She's released four solo albums—2003's "Something Cool," 2008's "Mississippi Number One," 2010's "Ain't Got No Troubles" and 2014's "Jigsaw Heart." Brent also won two Blues Music Awards in 2009 for Acoustic Artist of the Year and Acoustic Album of the Year, and one in 2010 for the Pinetop Perkins Piano Player of the Year.

Brent's name is right alongside fellow Mississippi artists Dorothy Moore and Bobby Rush for this year's Jackson Rhythm & Blues Festival. In her earlier years, though, Brent would go see them at Greenville's Delta Blues Festival.

"Being a fan of these artists and watching them perform when I was only a novice piano player, I would have never thought I would be in the Blues Festival with them," she says.

One thing that Brent has learned while honing her craft is that blues music isn't just about sadness. It's about making the listener feel anything at all.

"Everyone gets sad, and I think all good music makes you feel something, whether it's sad or bittersweet," she says. "That's what I like about blues music. It speaks to everyday circumstances and everyday people."

Brent says the emotions that music elicits can even reach listeners beyond language barriers.

"When I hear the equivalent of blues music from other countries, I can relate to it, even if I don't know what they are saying," she says. "I can feel what they are feeling in the music. It speaks to the essence of a human being."