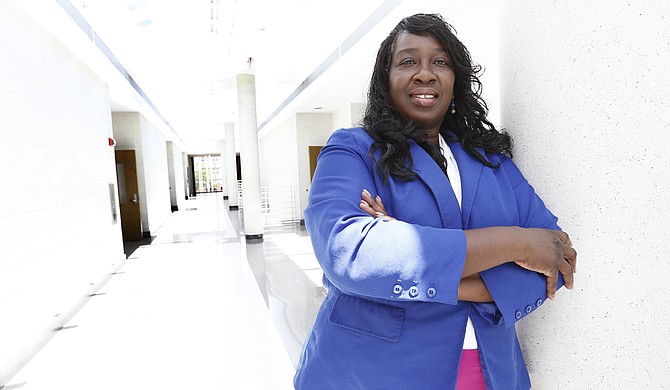 "I really got interested in how the brain affects behavior," she says.

Neasman was attending the University of South Florida in Tampa, Fla., pursuing a law career, when she veered her focus back to the brain. In 1987, one of her classmates with bipolar depressive disorder, Gregory Barnes, committed suicide. Neasman then switched her major to biopsychology and earned her bachelor's degree in the subject in 1995.

She says her then-boyfriend, Dr. Everett Neasman, whom she married in June this year, encouraged her to make the change.

Neasman earned her master's degree at the University of Northern Iowa in Cedar Falls, Iowa, in 1999, and got her doctorate degree in behavioral neuroscience at Southern Illinois University in 2007. During her education, Neasman studied epilepsy and contributed to getting the U.S. Food and Drug Administration's approval of the Vegas Nerve Simulator for the treatment of drug-resistant anxiety and depression. She is now researching alternative and complimentary approaches to treating anxiety and other mental illnesses.

Neasman believes listening to music, and participating in physical exercise, meditation and yoga can act as complements to medication. She founded and currently runs the anxiety research laboratory at Jackson State.

She also collaborates the Council of Federated Organizations, a coalition of all the major Civil Rights Movement organizations in Mississippi, for Hot Topic Tuesdays to answer questions from the community on mental illness. She helped set up the first and only student group for the National Alliance on Mental Illness on a campus in Mississippi.

The group holds the NAMI Walk for Mental Health every November in Jackson, which helps raise money to help mentally ill people and their families pay for medication, housing and counseling. Neasman also founded the Association of Black Psychologists, the first on a college campus in the state. The organization focuses on raising awareness of mental illness in the community, especially for African Americans and how racism might impact a person's health. "People don't really understand the link between dealing with prejudice and hypertension," Neasman says.

Neasman says her favorite part about being a member of the Jackson State community is the students. "It's important to give back," she says, "I always keep my door open for (them)."