In the Middle of Claire Holley 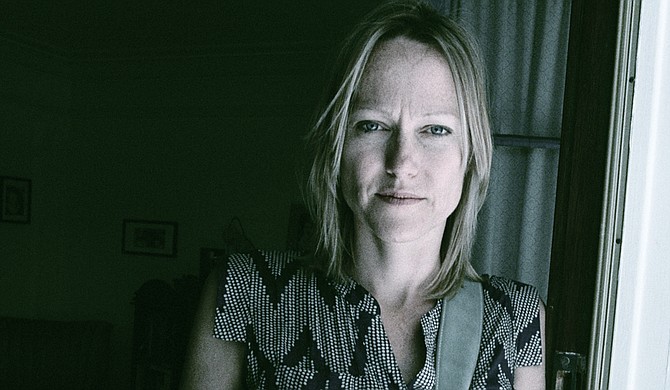 Jackson-born singer-songwriter Claire Holley didn't dream of being a professional musician as a child, but she wasn't avoiding it, either. Whether it was her father's record collection or her mother's stock of musical instruments, Holley always had the means to explore her musical curiosity. It wasn't until the early 1990s that she began writing her own songs while attending Wheaton College in Chicago, where she met producer and composer John Pymale, who would later record her first songs.

Now, seven studio albums later, Holley, who now lives in Los Angeles, juggles a music career and personal life with her husband, Chad Holley, and their two boys, Nate, 6, and Jack, 11. Holley is currently touring to support the release of her latest full-length record, "Time in the Middle," which she released June 2, 2015.

While Holley says that the album, which she began recording in fall 2013, isn't a complete departure from her previous releases, the fact that her parents, Knox and Ginger Chamblin, weren't alive to hear the finished product was a tremendous difference for her personally.

"I wrote and recorded some of the songs (in September 2013) after they had passed. They were very supportive along the way, and I didn't have the ability to call and check in with them, which was a first," Holley says. "It made me realize what's meaningful, what I need to worry about, and what I didn't need to worry about. I found myself apologizing less and able to be myself more than other times."

That outlook also helped her to approach time in the studio in a different way. Holley says "Time in the Middle" is something of a new direction for her sound, and she attributes much of that to the collaborative effort that went into creating the album.

"It's the same road, but it's kind of a new turn in that road," she says. "Creatively, the production or structure of the sound is in a different realm for me, probably because of the people that co-produced it with me. Different players brought out different things in the songs, and I think that's very evident from the first track."

Holley credits musician Dan Phelps, who played drums, bass, guitar, piano and several other instruments on the album, and keyboardist Jonathan Kingham, a touring member of alternative-rock legend Toad the Wet Sprocket, as two major contributors to the sound on "Time in the Middle." Fans will have a chance to see Kingham perform some of his original music when he opens for Holley Saturday, Aug. 8, at Duling Hall.

"When we went into the studio, I didn't say, 'Don't take my sweet little song and turn it into this.' Everybody was just kind of hanging out and doing—not a lot of second-guessing," Holley says. "You can really drive yourself crazy second-guessing in a recording context. I think we were all there for one week, and it just felt like we were able to get in there together, get involved and all able to get in the same headspace."