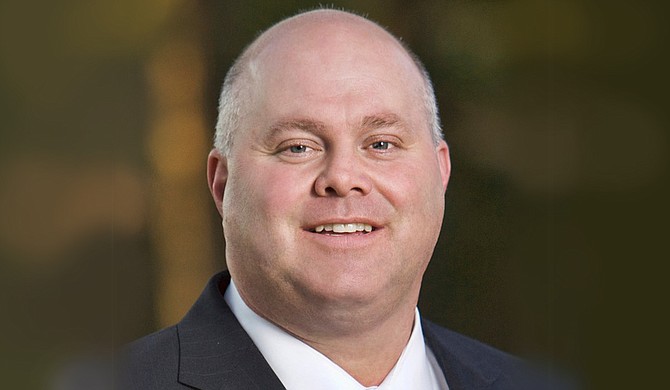 CANTON, Miss. (AP) — A man fatally shot a defendant waiting in a small courtyard outside a county courthouse in Mississippi on Monday morning, and a suspect is in custody, law enforcement officials said.

The suspect has been arrested and is in jail, Madison County Sheriff Randy Tucker said, but he declined to identify him.

Tucker and Madison County District Attorney Michael Guest said they don't know why the suspect would have shot the other man. The victim was Kendrick Armond Brown, according to an indictment that Guest forwarded to The Associated Press.

Brown was expected to appear in court on drug charges, but he was not a witness or a suspect in other current criminal cases, Guest said.

The shooting happened outside the Madison County courthouse in Canton, a historic antebellum town known for its Christmas light festival on the town square.

The suspect got out of a car, walked up and shot the victim once with a semiautomatic handgun, Tucker said. Deputies emerged from the courthouse, and the suspect laid down the handgun and was arrested without a struggle, Tucker said.

The victim was hit in the chest and died on the scene, Tucker said. He described the shooting as unfolding quickly.

In the courtyard, two semicircles of four benches surround a flagpole. Law enforcement officials searched with metal detectors under crepe myrtle trees, looking for the shell from the handgun. But despite an hour of sifting through pine straw, Tucker said, authorities had not yet found the shell.

Canton is the seat of Madison County, just north of Jackson. The south end of the county is a rapidly growing suburb, while the northern half is poorer and a more traditional part of the South. Canton also is the home of a Nissan assembly plant that employs more than 6,000 people. Canton's population is about 13,000.

The 1996 movie "A Time to Kill," based on John Grisham's novel, was filmed in part at the courthouse. In the movie, a father played by Samuel L. Jackson, goes to court and kills two men on trial over the rape of his daughter.