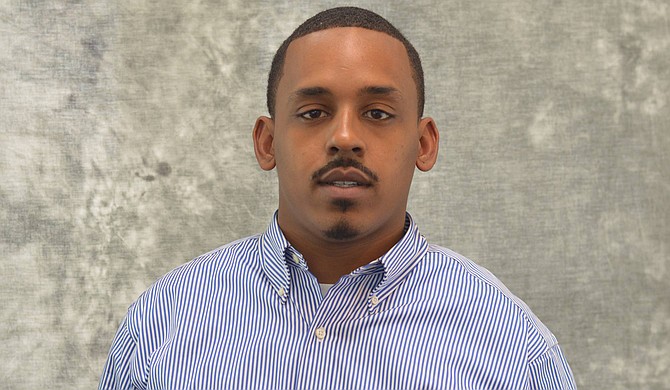 Under the state constitution's requirements, Jelani Barr is barely legal. That is, Barr just reached the age requirement when he turned 30 on Dec. 29 and is making a bid for one of the most powerful positions in state government, lieutenant governor. Born in Greenwood, Barr completed his GED, attended the University of Memphis for a year, and took some business classes at Delta State University over the past four years.

In a political environment filled with law-school grads and long-in-the-tooth politicians, Barr's bid for the Capitol might seem like a long shot, but the underdog has been driving across the state explaining why he believes Mississippi needs a common man representing them. Recently, he spoke with the Jackson Free Press about some of his ideas for the state.

What do you think are the most important issues facing the people of Mississippi?

We (also) need to concentrate on giving (citizens) entrepreneurship classes. Take, for instance, Grenada . . . their local chamber of commerce and local city government have partnered with banks inside of Grenada so that if people pass an eight- (to) 10-week class, they have a business plan and, no matter their credit score or their credit history, they can get a loan from the bank to start whatever business they want to start.

What are you and the Democratic Party going to bring to the state that (Republicans) couldn't?

What actions by Tate Reeves did you disagree with or think you could have managed better?

Just his voting ... nine times out of 10, he sides with the Republicans. There is bias there. There is bias in every decision he makes. It's always this or that side which is pretty much all politicians right now. They're either Democrats or Republicans, and that's how they vote whether it is right or wrong. I'm running as a Democrat, but I'm not dead-set on voting with a Democrat every time they introduce (a bill).

I believe the Democratic Party is the reason the state's in the condition it is. We always have to beg and beg for government money, which goes back to Mr. Reeves. I'm not really aware of anything he has actually done for me to disagree with. I did agree with his position on the eliminating the income tax for a couple of years, but it was introduced the wrong way.

I was all for that, but he should have introduced some type of alternative for it (to make up for lost revenue). Which could have been done through the film industry, taxes off of that. Recruiting business.

Or we could just go ahead and promote Proposition 48: legalizing marijuana and industrial hemp. That is the greatest replacement for tax revenue known to man. Which I'm an avid supporter of Initiative 48 for that main reason, going back to generating revenue and bringing in income. That is one of the best ways known to man to generate revenue.

Why don't you think the states have pursued it in the past?

Stupidity. That's why we are where we are. Industrial hemp, honestly, we'd never have to cut down another tree again. Hemp takes half the water (it takes) to grow cotton. It takes (less) than half the time ... In 90 days you can have a full crop of it.

All the way around it's the smartest avenue to increase revenue because not only will the farmers being making money by growing it, but then we can open up a processing factory, a clothing factory ... processing it for fuel, start making building materials out of it.

It's not just growing the hemp and selling it. It's the ripple effect that comes behind that. If you have the hemp manufacturers to come in and start manufacturing products with the hemp grown right here.

So that's jobs upon jobs.

The news is full of stories of police officers shooting down black boys. Racial tension is a major topic this election season. Tell me about how racism has impacted your own life and talk about how you think Mississippi should move forward.

First of all, the racism I experienced was among my own race; that's the first thing we've got to deal with—inter-racism, what I like to call internal racism. In the South, pretty much in America everywhere. The African American is the worst thing to happen to the African American.

No white man could have ever done what he did to any African American without African American help. No white officer would shoot an unarmed black man if the black officers would stand up and say, "No, we aren't going to do that." That's the first thing has to be done.

W. E. B. Du Bois, one of the founders of the NAACP, said when it comes to the black race, we have what's called a "Talented Tenth." Which means that only 10 percent of the race is going to do good, no matter what their situation is, no matter if they were born into wealth or whether they are born into poverty. Only 10 percent of our race is going to do (well). Ninety percent is going to remain exactly where they are, but the catch is, that 10 percent will never do what it takes to bring up that 90 percent.

(Editor's note: The concept of the "Talented Tenth," most notably espoused by Du Bois, refers to the 10 percent of African Americans whom Du Bois and other scholars believed would be considered exceptional and, therefore, lead the black race.)

Our leadership wants those who come from oppression to be oppressors. And they make the laws that constantly hurt our own race. So until our own leadership steps up and does what they need to do to properly promote and advance and make sure our race is successful, we will continue to have racism around the entire country. We will continue to have it. I'm not talking about Al Sharpton and all those crackerjacks. They all want to focus on the white and black issues.

Of course there are white and black issues, but the biggest racial issues in America are within the black race, and until that is fished out and brought to the light, the ripple effect will continue to be what we see on news stations every day because none of that would ever happen if those black leaders would step up and say, "No, you aren't going to do that."