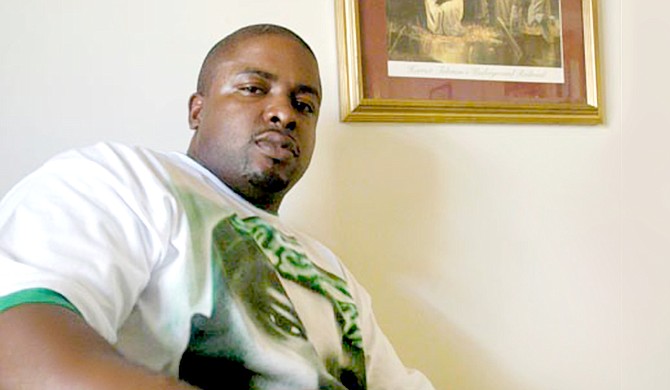 Cedric Willis was convicted in 1997 in the death of Carl White Jr., and for robbing White's wife and daughter. He was sentenced to life plus 99 years but was exonerated in 2006 after serving 12 years. Photo by Kate Medley

At the same time the State of Mississippi continues fighting the release of details about where it gets drugs used in executions, Mississippi taxpayers will have to compensate people wrongfully convicted and incarcerated, including several who were sentenced to death.

Last week, a lawyer for Richard Jordan and Ricky Chase wrote in a lawsuit filed in United States District Court in Jackson that Mississippi prisoners face risks of excruciating pain and torture during an execution that violates the U.S. Constitution's Eighth Amendment prohibition against cruel and unusual punishment.

Mississippi plans to execute prisoners by mixing pentobarbital from ingredients it purchased from a compounding pharmacy in Grenada. Lawyer Jim Craig said Mississippi doesn't seem to have ever used the drug in an execution before and questioned whether the state can mix a safe and effective anesthetic for prisoners.

Even if it can, Craig warns that the drug may act more slowly than drugs used previously, meaning that prisoners could be conscious as a paralyzing agent is injected, causing them to know they're unable to breathe. They might remain conscious as potassium chloride is injected to stop their hearts.

The prisoners also allege using pentobarbital is illegal under state law, because it doesn't meet the legal mandate for an ultra-fast-acting barbiturate. Mississippi formerly used a different drug, but the supplier cut off use in executions.

Craig has fought the state corrections department in court seeking information about Mississippi's suppliers of execution drugs. The new lawsuit argues that the secrecy is a separate constitutional violation, because it retards prisoners' ability to mount Eighth Amendment challenges.

"Under the due process clauses of the United States and Mississippi constitutions, plaintiffs are entitled to notice of the defendants' intended method of execution," the suit states.

Craig argues that under evolving standards of decency, U.S. District Judge Henry T. Wingate should bar Mississippi from using the paralytic agent and potassium chloride, though state law requires them. He said executing people using only barbiturates, as Texas now does, could meet these standards.

Jordan was convicted of capital murder committed in the course of kidnapping Edwina Marta in Harrison County in 1976. At 68, Jordan is the oldest inmate on Mississippi's death row, having won three successful appeals, only to be resentenced to death. He's also the longest serving death-row inmate, having spent 38 years there. What would likely be Jordan's final appeal is pending before the U.S. Supreme Court. Hood's office could ask the state Supreme Court to set an execution date within weeks if Jordan's appeal is refused. That's important, because Mississippi's current supply of pentobarbital is supposed to expire May 20.

Chase was convicted and sentenced to death in 1990 for the 1989 killing of an elderly vegetable salesman in Copiah County.

Information from the Death Penalty Information Center estimates that the death penalty costs states approximately $1.26 million per case; on average, it costs $90,000 per year more to house a death-row inmate than a prisoner in the general population.

As DNA science improves, and courts exonerate more and more people, states have also started paying settlements to victims. Among them are more than a dozen people who the state of Mississippi will compensate this year for being wrongfully convicted of crimes.

Some of the cases made headlines: Kennedy Brewer and Levon Brooks, both of Noxubee County; Arthur Johnson of Sunflower County; and Cedric Willis of Hinds County.

Some are getting compensation for the first time. Others are receiving annual installments as provided by law.

Mississippi law provides $50,000 for each year of wrongful imprisonment, up to a maximum of $500,000. The compensation must be sought within three years after a pardon or overturned conviction. It is retroactive. A stipulation for accepting the money is that the wrongly convicted person can't sue the state.

The new laws were inspired, in part, by the 2008 exoneration of Kennedy Brewer, who had been convicted of capital murder in the 1992 rape and strangulation of his former girlfriend's 3-year-old daughter. Brewer spent 15 years in prison, part of it on death row. DNA tests proved his innocence in February 2008.

Brooks served 18 years for the rape and murder of a 3-year-old girl. Johnson was convicted of a 1993 rape and sentenced to 55 years. He served 16 years.

Willis was convicted in 1997 in the death of Carl White Jr., and for robbing White's wife and daughter. He was sentenced to life plus 99 years but was exonerated in 2006 after serving 12 years. In 2012, the city of Jackson City Council authorized a $195,000 settlement with Willis for his wrongful arrest but denied culpability.

Each will receive $50,000 this year as provided in Senate Bill 2837, which is a catch-all bill of deficit appropriations and additional spending authority to a variety of agencies and programs. Also in the bill are funds the attorney general's office requested to pay for outside legal assistance, expert witness fees, judgments and settlement agreements.

Others receiving compensation in the bill are:

— Sabrina Butler Porter, exonerated in the death of infant son in Lowndes County, $50,000

— Larry Ruffin, Bobby Ray Dixon and Phillip Bivens, exonerated in a rape and capital-murder case in Forrest County, $50,000 each. Money for Ruffin and Bivens is going to their estates.

— John Randall Alexander, whose Panola County murder conviction was tossed after testimony against him was recanted, $50,000.