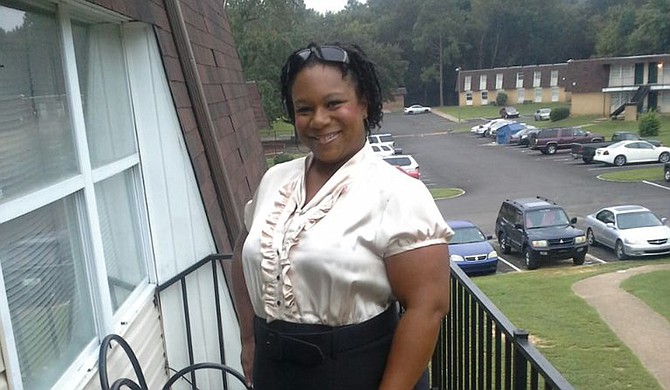 At 5 a.m. on a day in early February 2011, Gayland Preston rattled along Interstate 220 in her 2006 Dodge Durango from south Jackson toward her manager job at the McDonald's on United States Highway 51 in Madison.

The truck had served her well. Just five months earlier, it had helped her family make the move from Covington, Ga., back to her hometown of Jackson. But a couple of miles after passing the Beasley Road exit, the Durango's blue hood began shooting billows of smoke. The Durango was done, but Preston's problems were only beginning.

Fear of a Food Desert

A mother of five, Preston mainly used her car to get back and forth to work and to go to the grocery store. Without a car, Preston depends on JATRAN buses to get to work, to her nursing classes at Hinds Community College and to pick up food. With no buses running after 6 p.m.,  Preston frequently has to pay for expensive taxi cabs, further restricting her budget and her ability to work nights.

Although it was a difficult trek to make on the bus, the Kroger on Terry Road in south Jackson was a lifeline, offering high-quality, relatively low-cost staple foods—eggs, milk and fresh vegetables—for her family. Then came the announcement that Kroger would close the Terry Road store on Feb. 28. The store had opened in November 1991 and, at the time of its closing announcement, it employed 109 people.

"You have so few grocery stores in any given area," Preston said. "If you lose one, what do those people in that area have to choose from? Where do I go now to feed my children? There is no place easily accessible."

In fact, several stores in the area sell food, including drug stores and gas-station convenience marts, but Preston said she had bad experiences with some of those stores, which is why she preferred shopping at Kroger. "Sure, they have their benefits," she said of other local food sellers, "but for food for my family? You can't always trust the quality."

Sociologists and the community activists who rallied to keep the Terry Road Kroger open have a phrase for the phenomenon that could befall the neighborhood that formerly housed the Kroger: food deserts. On its website, the U.S. Department of Agriculture describes food deserts as "urban neighborhoods and rural towns without ready access to fresh, healthy and affordable food."

The agency defines "ready access" for a rural town as having a grocery store within 10 miles and, for an urban neighborhood, one mile. Rather than having access to healthy, affordable food choices, people who live in food deserts have to depend on convenience stores and the high-fat and heavily processed food from fast-food restaurants. The USDA warns that "(t)he lack of access contributes to a poor diet and can lead to higher levels of obesity and other diet-related diseases, such as diabetes and heart disease." The USDA's Economic Research Service estimates that 23.5 million Americans live in food deserts with more than half, 14.5 million, in low-income households.

One of the community groups that implored Kroger not to close was Working Together Jackson.

"We know the employees' names," Ward 6 Councilman Tyrone Hendrix said. "They know our kids. (Losing the store) isn't just an economic issue, it's a quality-of-life issue."

"We're talking not just groceries but things like pharmaceuticals for senior citizens and others who need them," he added.

The loss of the store is a loss of what Ed Sivak, of Hope Enterprise Corporation, called a "community building block." Along with schools, health centers and financial centers, a grocery store contributes to the overall health and viability of a community.

"If you pull one of those elements, you are going to have more elements in the community put in distress," Sivak said.

Households like the Prestons' cannot afford additional distress. "By not having grocery stores, you are taking away from children's nutrition," Preston said.

Sivak looks to examples like the reopening of Circle Foods in New Orleans's 7th Ward after Hurricane Katrina. The original store was flooded with 5 feet of water following the levee failures in 2005, but in 2014, Circle Foods reopened. The key to its reopening was the use of economic-development tools. New Orleans provided $7 million in disaster Community Development Block Grant funds toward the program, which Hope Enterprise matched. With this money, the city and Hope created the New Orleans Fresh Food Retailer Initiative, which aimed to increase access to fresh foods in traditionally under-served neighborhoods in the city, serving as a catalyst for neighborhood revitalization. The initiative invested $1 million in Circle Foods, and because  the store continued the initiative's rules for fresh produce, $500,000 of the investment was forgivable.

State Sen. David Blount, D-Jackson, proposed one this year. It would have authorized a "job tax credit for supermarkets located in economically distressed communities."   Companies can use job tax credits to reduce an employer's state income tax liability. Such a tax credit would have incentivized grocers to locate in areas like south Jackson. Unfortunately, Blount's bill died in the House on March 17.

Working Together Jackson and local officials are trying to recruit a replacement, but in the meantime, people in Mississippi's food deserts, including Gayland Preston, will have to figure out how to move forward.

"That's the big question," Preston said. "How do you survive? Because you can go to the Family Dollar and buy 40 cans of Vienna sausages and 40 boxes of Ramen noodles and call it a day, but if you are trying to get quality, healthy food, you just can't get that anymore."