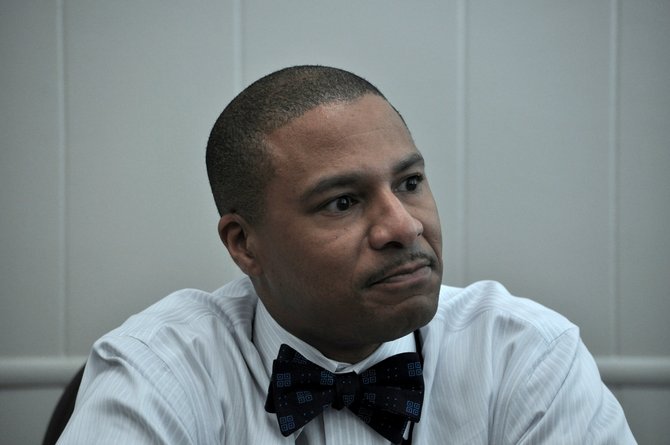 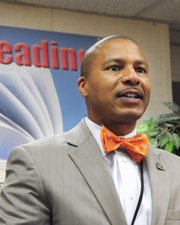 Jackson Public Schools Superintendent Cedrick Gray wants to create a better Jackson by creating better citizens. His plans to build a strong community and education system that thrive on one another.

Gray was born in Milwaukee, Wis., in 1971 and moved with his family to Millington, Tenn., a suburb of Memphis, as a toddler. For the first few years of his education, he attended a Shelby County school.

At age 7, Gray's family moved to Memphis, where he attended Sheffield Elementary School and Wooddale Middle School and High School, from which he graduated in 1989. He joined the Army Reserves shortly after graduation and spent a few months in basic training at Fort Bliss in El Paso, Texas.

In spring 1990, Gray returned to Memphis to attend what is now the University of Memphis, then known as Memphis State University. Four years later, he graduated with a bachelor's degree in political science. In 1996, he married his wife, Karen, and enrolled in a master's degree program at Memphis called Pathways to Teaching. Gray then began a doctorate program in teaching leadership at the Germantown campus of Union University. He was the first African American man to graduate with a doctorate from that campus.

"It was a very special moment," he says.

While working on his master's degree, Gray began a teaching career. "I got bit by the administration bug," he says. He took his first principal position in 2005 at Craigmont Middle School in Memphis. "The school, when I arrived there, was in trouble," he says. "We were off that list in two years." Following his success at Craigmont was an opportunity to work in a central office for Memphis city schools. Gray spent a year there training principals in the Turnaround Specialist Program that originated at the University of Virginia. After that year, he returned to the schools as principal of Lester Demonstration School in Memphis.

"In two years there, we had achieved significant progress in language arts," he says.

Gray then became the superintendent of Fayette County Public Schools in Tennessee In the two years he served in the position, the district was honored as exemplary. "And that's when Jackson came calling," he says. He and his family moved south in June 2012.

The superintendent's specific goals for JPS are to reach an 82 to 85 percent graduation rate (it's currently at 65 percent), to attain distinction as a "B" school, at least, and for Jackson to be nationally recognized for its educational benefit. He is most excited about the school district's collaborations with the City of Jackson, United Way and the Jackson Chamber of Commerce through Alignment Jackson.

"We have great potential and a great chance of meeting that potential," he says. "It happens when everyone invests in Jackson."

Gray lives with his wife, Karen, and their daughter, Peyton, 9.