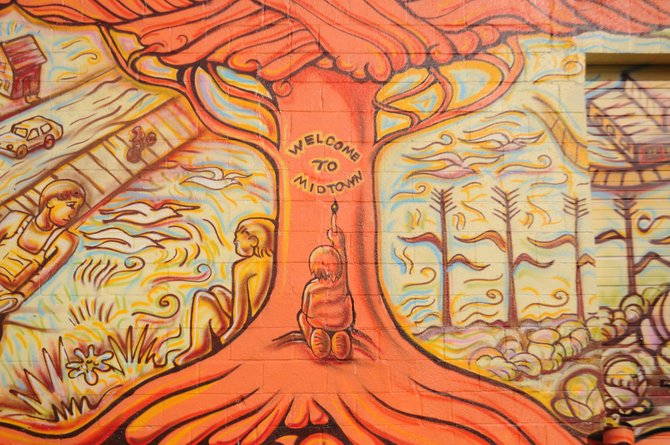 Matthew McLaughlin is an attorney at Baker Donelson specializing in economic-development work, among other areas. The Millsaps and Mississippi College School of Law grad also serves as counsel to several craft breweries and a Midtown CDC. He blogs about community and the creativity economy at buildingpurpose.com and tweets at @jxnmclaughlin.

Jackson has made positive strides over the last few years, and I believe our best years to be in front of it—but there is still a lot of work for all of us to do. Instead of running in a million different directions and hiring consultants to tell us what we should be able to figure out on our own, I believe a three-pronged approach can carry us further than any idea imbedded deep in the countless market, feasibility and impact studies that have been commissioned over the years.

FIRST, we need to build social capital. Robert Putnam, an academic authority on social capital, points out in his book, "Better Together: Restoring the American Community," that many in the most positive community development efforts did not set out to "build social capital." Whether the goal was trying to increase the farm incomes of families in Mississippi, build parks in Portland, Maine, or help poor kids in Philadelphia, the people in these stories discovered the most critical component to success hinged on the creation and exploitation of social networks and interpersonal relationships.

In Jackson, regardless of race, political affiliation, religion, social class, sexual orientation or whatever, we must begin to trust one another and create more meaningful social networks. There is a tremendous amount of value in creating positive human networks and shared trust. We must build more social capital.

SECOND, we need to not allow broken windows. In a 1982 Atlantic Monthly article, James Q. Wilson and Dr. George Kelling offered the "broken windows" metaphor in the context of crime prevention extending beyond simply arresting lawbreakers. The broken-windows theory quite simply demonstrates that at the community level, disorder and crime are usually inextricably linked and linked in a sequential manner. Put another way, if a window in a building is broken and left unrepaired, the remainder of the windows will soon be broken as well.

FINALLY, and probably most import, we need to tell our own story. I am tired of the negative commentary and snide comments about Jackson, the overwhelming majority of which are made by people or organizations that derive some benefit from our city. Some people, fundamentally, do not understand that as Jackson goes, so goes Mississippi. Having said that, we, the residents of Jackson, have no one to blame but ourselves. We have let too many other people tell our story for far too long.

In Jackson, we need to focus on the positive attributes of the city and make sure that those stories are on the forefront of the discussion about our state's capital city. Good, bad, or indifferent, we need to own our story.

Our current citywide leadership encourages me. I believe we have a real opportunity to change the trajectory of our capital in a positive way for many years to come; but this effort will necessitate the engagement of all of us.

I challenge you to be the change for Jackson.

In his books and on bettertogether.org, Harvard public-policy professor Robert Putnam warns about shrinking "social capital," which he defines as "social networks and the norms of reciprocity and trustworthiness that arise from them." Activities as simple as dinner parties and going bowling are key to the restoration of community, he argues: " Once-commonplace activities such as the dinner parties and community arts performances described above are slowly vanishing from the American landscape. Increasingly, Americans are withdrawing from communal life, choosing to live alone and play alone. No longer participants, we are becoming mere observers of our collective destiny."

Here are five of them: