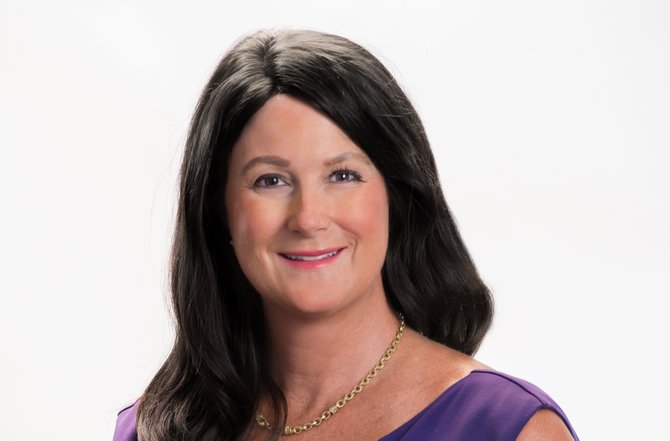 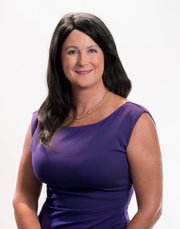 If you walked into Newk's Eatery any time in the last few weeks, you may have seen that the restaurant's trademark black cups were replaced with teal cups meant to raise awareness. You may also see a photo of Lori Newcomb, wife of Newk's Eatery co-founder and CEO Chris Newcomb.

In late 2012, Lori Newcomb, a mother of three, began showing symptoms common in many female reproductive issues, such as bloating, abdominal pain and difficulty urinating. She brushed it off for months, as the symptoms grew worse. In early 2013, her gynecologist diagnosed her with ovarian cancer.

"My first thought was this can't be happening to me—this isn't real," she told the Mississippi Business journal.

By the time she got to the doctor, the cancer was already in stage IIIC, which means that a tumor on one or both ovaries is visible, and the cancer has spread to the lymph nodes or its deposits are around almost an inch in diameter. Ovarian Cancer National Alliance puts the survival rate at 27.4 percent. Only about 45 percent of women live longer than five years after being diagnosed. The disease is the fifth leading cause of cancer death in women. One in 70 women will be diagnosed with ovarian cancer.

The American Cancer Society says that about 20 percent of ovarian-cancer cases are detected early, normally through routine tests such as Pap smears. However, the majority of the time in physical exams, doctors detect ovarian cancers that are in advanced stages. Screening tests, such as a specialized ultrasound, can detect tumors on the ovaries but may not be able to tell whether the tumors are benign or malignant.

In addition, the ACS says that 94 percent of those diagnosed early live longer than five years after the cancer is first found. Though the disease doesn't have an effective screening test, doctors may be able to detect women who are more at risk of having the illness. The organization recommends that women go to the doctor and get any symptoms, including abdominal pain, bloating and getting full quicker, checked out. Awareness may aid in an early diagnosis.

To this day, Newcomb is still battling cancer. She has a guarded prognosis, which means the condition could go either way. In response to her battle with cancer, Newk's Eatery founded Newk's Cares, in conjunction with Ovarian Cancer Awareness Month during the month September. The company will donate a minimum of $15,000 to the Ovarian Cancer Research Fund. It will also host a fundraiser Sept. 25, the Newk's Cares Ovarian Cycle. The five-hour indoor cycling event is from 9 a.m. to 2 p.m. at the Country Club of Jackson (345 St. Andrews Dr.). The proceeds from the event will go to the research fund. Riders must pay $50 to register and have a fundraising goal of at least $250. Survivors register for free.