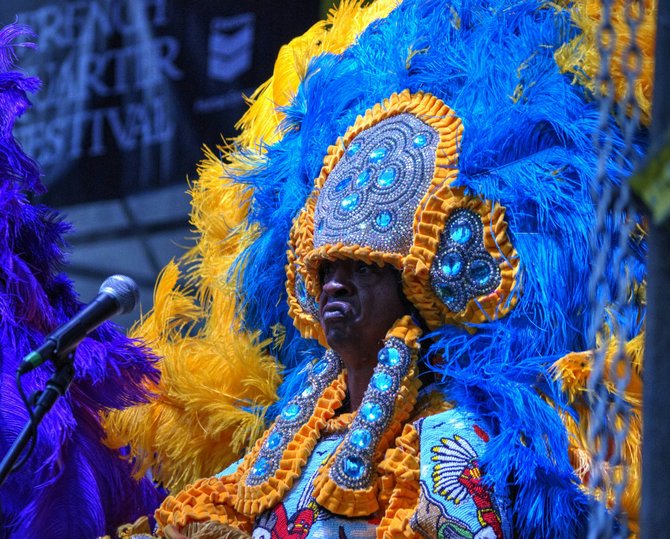 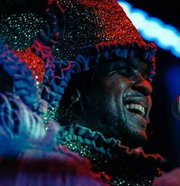 New Orleans flavor is on its way to Jackson in more ways than one, as Bo Dollis Jr. and the Wild Magnolias bring Mardi Gras to the BankPlus International Gumbo Festival. The band blends beloved "Mardi Gras Indians" tradition with modern-day music.

"In the early 1900s, the Indians led carnival parades and parties in neighborhoods for older residents and (people of color) who were not allowed to visit certain parts of New Orleans, due to the discriminatory practices of the time," says Dollis, also known as "Big Chief." In similar fashion, he and the Wild Magnolias bring a party everywhere they perform.

"Dress comfortably and prepare to sweat," Dollis says. "No heels or dressy clothes are necessary, and you're going to leave tired."

With roots in reggae, hip-hop, rock and a touch of zydeco, the troupe delivers a high-energy experience that encourages the crowd to celebrate. They combine conventional and modern instruments during performances as well, including the bass drum, piano, electric and bass guitars.

A New Orleans native, Dollis, 32, prefers to perform at festivals rather than clubs because it gives the Wild Magnolias a chance to introduce children to the culture. Young people rarely see the flamboyant streets of New Orleans during Mardi Gras, so the band welcomes any opportunity to share the love.

Dollis has been a part of the group for nearly 20 years. He enjoys the sense of brotherhood, and says each member offers input on show ideas and additions. He first took the lead when his father, Bo Dollis Sr., New Orleans icon and the band's previous leader, became ill in 2006. Dollis Sr. introduced his son to the stage at age 12 so he would be prepared when it was time to take the reins.

"I'm quiet and calm off stage, but I come alive when I hit the stage," he says. "I write my songs and just take life experiences as inspiration."

Dollis doesn't stray too far from some Wild Magnolia traditions, though, including such old-favorite songs as "Indian Red." While other bands have used the Wild Magnolias name over the years, this group has the distinction of being the original, and he takes that honor seriously. In many ways, Dollis' group has acted as a gateway to introduce the country to New Orleans culture, including through appearances on the HBO series "Treme."

The Wild Magnolias crew hasn't become complacent. "I'm writing new stuff," Dollis says. "I'm just going to get in the studio and record it, and it will be ready to go."