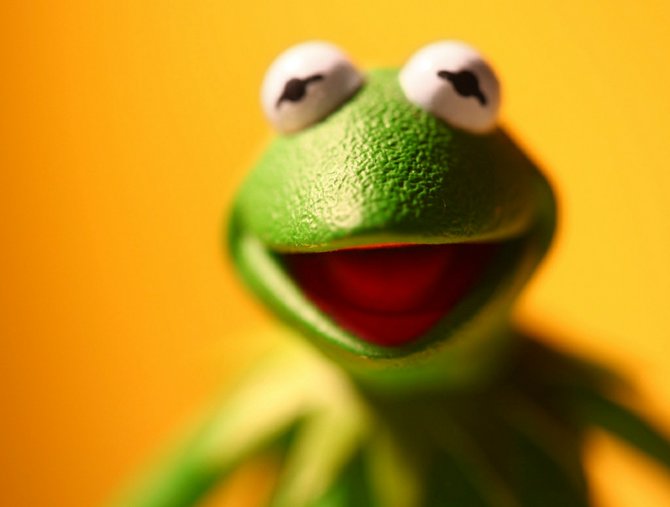 Kermit the Frog is puppeteer and native Mississippian Jim Henson's most famous creation. Henson made the original Kermit out of one of his mother's old coats and gave him two ping-pong balls for eyes.

The story of Kermit, told in "Kermit's Swamp Years" and "The Muppet Movie," goes like this: When he was a tadpole, he had 3,625 brothers and sisters. He was one of the first to leave the swamp. Along his journey, he met a young Henson. "The Muppet Movie" recounts how he eventually returned to the swamp, but after an agent saw his talent, Kermit went to Hollywood and became the star he is today.

The real story is that Kermit made his first appearance on "Sam and Friends," Henson's five-minute puppet show that aired daily on WRC-TV in Washington, D.C., in 1955. He copyrighted the character the following year. The original Kermit looked more like a lizard than a frog, since Henson tried to make him as simple as possible with the ability to make multiple expressions.

Kermit started the transition to a frog after Johnny Carson called him "Kermit the Frog" on an episode of "The Tonight Show Starring Johnny Carson" on New Years Eve in 1965. Kermit was redesigned for 1968's "Hey Cinderella!" with his trademark pointed collar and flippers for feet. When he appeared on "Sesame Street Pitch Reel," Kermit was a frog.

He was one of the first Muppets on "Sesame Street," often appearing as a news reporter on the segments where he would interview characters from nursery rhymes and fairytales. He went on to become one of the most prolific puppets in the world and has appeared almost everywhere you can think.

Though he's made appearances in Jackson before, this year, he's coming for a different reason. Kermit the Frog will speak at Jackson's first TEDx event, "Fertile Ground," Nov. 6 at The Capri Theater (3023 N. State St.) in Fondren. For more information on the event, see tedxjackson.com.