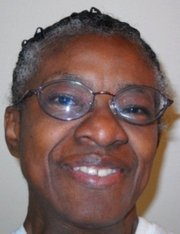 As the first high school built for African American children in the city of Jackson, as well as the oldest high school still in operation, Lanier High School was designated as a Mississippi landmark in 2007. The school was built in 1952 at 833 Maple St. and officially opened Jan. 3, 1954. But over its 62 years of life, Lanier has not received the proper funding for renovations to maintain the facility.

The Lanier High School National Alumni Association launched a campaign to save the school with the help of its class of 1968. The dedicated actions of these groups exemplify significant pride and loyalty of students who attended the school over the years. Lanier alumni work hard to bring attention to the deterioration of the building and grounds, and to inadequate funding, as well as the lack of support and resources needed for the teachers and staff to meet the needs of the students. Actions taken during the past few years are finally reaping results.

Lanier stands as a symbol and reminder of the attempt to desegregate public schools in Jackson during the Civil Rights Movement. It represents a lot to many people and is worth the fight to secure the proper funding and preserve the structure and, giving the school the recognition and support it deserves.

The Mississippi Preservation Professional Review Board approved Lanier High School's nomination to the National Register of Historic Places after hearing a presentation by National Register Coordinator William Gatlin. Gatlin gave an informative overview of the history of the school with a slide presentation of the current school building on July 17. Bettye Palmer, a 1963 Lanier Alum, submitted the application, and fellow alums submitted letters to support it. A large number of Lanier alums, along with Jackson Public Schools Superintendent Cedrick Gray, attended the board meeting in support of the nomination.

In 2013, the Mississippi Department of Archives and History granted Lanier High School a preservation grant under the Community Heritage Preservation Landmark School Grant to help restore the 597 original windows. MDAH architectural historian Aileen de la Torre says Lanier High School's large windows define the school building's style as mid-century modern. The steel window frames are evidence of the high-quality material used at the time and probably can't be found anymore at an affordable price. Work on the windows has already begun and should be completed this year.

Former Principal Stanley Blackmon adopted the motto "New Day, New Way, Restore the Legacy," in 2004 referring to the school's roots—a school built for the education of African American students before integration. Collectively, projects that highlight some of the accomplishments of Lanier alums for the 2013-14 school year include $2,000 in scholarships to Lanier seniors; $1,000 to the boys' baseball team; $350 for students to attend summer band camp at Jackson State University; $280 to purchase a computer tablet for a student; and presenting the Top Ten graduating seniors a Certificate of Award.

In addition, alumni members provided back-to-school supplies for students who needed them; donated 300 dress ties for male students; contributed to the Lanier Football Booster's Club; submitted a letter to the JPS superintendent regarding repairs to the school building and followed up with a meeting with him; organized a clean-up day at the school; and formed a board to establish the Lanier Historical Museum & Arts Guild Inc.

This shows how special-interest groups and community members can get involved to not only support our public schools, but to revive our communities as well. Most importantly, children should be able to obtain a quality education in Jackson Public Schools. Lanier represents so much history from the days of segregated schools in Mississippi that were unequal in every way, from funding, books and supplies, to employee wages. Its students were very much involved in the Civil Rights Movement, and many suffered from backlash as a result.

Many successful citizens continue the struggle for educational equality more than 50 years later. Jackson Public Schools still have a tremendous task to provide quality education for all children. It is encouraging to see so many people coming together to make it happen.

Annie Cooper is a member of the Lanier High School class of 1968 and a diversity programmer, cultural events organizer, writer, editor and artist. She is the retired director of multicultural affairs and international student services at Mansfield University of Pennsylvania.