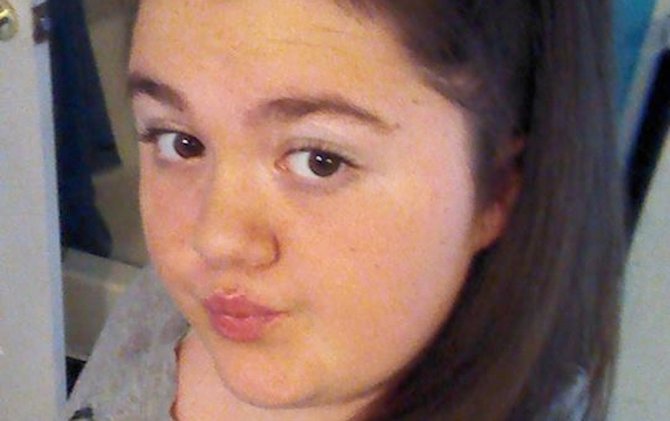 After a long search this morning, law enforcement officials discovered the body of 17-year-old Katelyn Beard, who went missing over the weekend.

After a long search this morning, law enforcement officials discovered the body of 17-year-old Katelyn Beard, who went missing over the weekend. Authorities began searching an area of north Hinds County near Darden Road early today and recovered several items of clothing in a wooded area near Pocahontas.

After Hinds County Coroner Sharon Grisham-Stewart arrived, police pulled a body from the woods and confirmed it was Beard.

Beard was reported missing the morning of Aug. 31; the Mississippi Highway Patrol issued an Amber Alert later Sunday evening. A press release from the Jackson Police Department stated that police responded to a report of a shooting on Lynda Street in west Jackson Sunday morning between 6 a.m. and 7 a.m.

When police found Beard's Nissan Altima at 9:40 a.m. Monday, less than a mile away from the home at 1 Dutchman Row in west Jackson, they discovered blood and discerned that there had been a shooting. They believe Beard was shot before being transported, JPD said in a news release.

Police speculate that, after hiding the car, Thompson hid in an abandoned house on Ford Avenue. Police found him there due to a tip. Police were looking for Thompson for aggravated assault, kidnapping and auto theft.

Jackson Police Department spokeswoman Colendula Green said officers captured 19-year-old Dewayne Thompson about 5:45 p.m. Monday. She said charges would be filed, but she didn't immediately say what they would be.

The Mississippi Highway Patrol issued an Amber Alert on Sunday night to report that Katelyn Beard, who drove a car with a Greene County license plate, had been missing since that morning. The alert said she was last seen with Thompson.

Katelyn was loved by all who knew her including her mother, father, five brothers, and two sisters. Her grandmother, her great-grandfather, her uncle and aunt will miss her even more along with so many others. At this time we have just as many questions as we do answers. The devastation we feel about the loss of Katelyn and the events that have unfolded the past few days are unparalleled by anything we have been through before. We want to thank whoever called in and reported the initial incident along with the person who called with DeWayne Thompson's whereabouts because without them we would not have found the peace of knowing where she (Katelyn) is. We have been extremely impressed with the Jackson Police department handling and response to this situation. We find peace knowing she is with her Heavenly Father and will be deeply missed. She is now at peace finding comfort in Heaven, seeing her Nanaw and her Granny Mac.