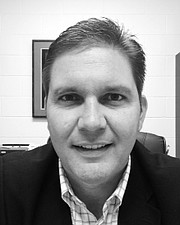 Shannon Eubanks, principal of Enterprise Attendance Center in Lincoln County, thinks those who fault the formula of MAEP simply don’t want to fund public education in the state of Mississippi.

Many people who don't support the Mississippi Adequate Education Program, which aims to support schools across the state with necessary resources, believe the formula is faulty.

But few go beyond that in their explanation.

A report released Oct. 20 by State Auditor Stacey Pickering highlights the complaints of opponents of the formula the state uses to how much money should be allocated to the program. Pickering, a Republican, calculated the difference between the costs of MAEP if its formula were to count students by enrollment instead of average attendance.

Right now, the formula for MAEP uses average daily attendance, or ADA, which means that if schools do not have a good attendance rate, they will be given less money even if they have more students enrolled. This can be problematic because schools have to essentially count every student, and it can be difficult to determine what constitutes an absence because the state requires students to attend class for two-thirds of the day to be counted as present.

Many education advocates would like the formula to instead use student enrollment, which counts each student enrolled but lowers the base student cost applied to each student, meaning they would be equivalent. Rep. Cecil Brown, D-Jackson, said it's a matter of algebra, "which everybody loves," he joked.

Those who want this method are not looking to get greater funding; they simply want an easier way to count students. Additionally, counting students by attendance and not enrollment presents a problem, they say, because even if a school has, say, a 95 percent attendance rate, 100 percent of the students still need supplies.

“Let’s say you average 95 percent attendance. That’s outstanding. Well guess what? Five percent of your students are not going to be funded,” said Shannon Eubanks, principal of Enterprise Attendance Center in Lincoln County. “When they do the budgeting, they're going to budget for only 95. … I’ve got to have 100 textbooks, not 95.”

In this way, MAEP lowballs the funds needed for each student’s education.

Pickering's data show that using student enrollment in the MAEP formula, which he said the Mississippi Department of Education is pushing for, would increase costs by almost $40 million. Brown said he doesn't know how Pickering got this number as the formulas should produce a number that is relatively the same.

Still, the state hasn't even approved using student enrollment instead of ADA, so Pickering's analysis seems more precautionary than anything.

Pickering told the JFP Tuesday that the data used in the calculations in his report came from the Mississippi Department of Education. MDE is the agency that uses MAEP each year when making its annual budget request.

And the state isn't fully funding MAEP currently. "We're shorting a system that was designed to short a system in the first place," Eubanks said. The state shorted public education approximately 12 percent this year—about $250 million—from what it says is needed for an adequate education.

Another complaint of Pickering's is that schools can inflate the numbers of their students to get greater funding. But Eubanks said that isn't happening because when it comes time for state testing, schools must have 95 percent of their students take the test. If a school inflated its numbers and were, in turn, unable to account for that number in testing, the school would get punished, and their grade would be lowered.

"The notion that schools are going to inflate numbers for money ... it just rings hollow," Eubanks said. "It's creating an argument that practically can't happen today."

The auditor's report also states that MAEP's current structure is that "mandates are not in place to require districts to target funds to classrooms and students, nor does proper accountability exist in the current system to ensure that state taxpayer funds are spent on students and needed resources."

Pickering suggests the money is being spent on administrative costs, as opposed to on the students—a popular Republican argument against MAEP. Eubanks said that is impossible because there is not a system in place to use MAEP funding on a school's administration. Rather, because the funds have been cut for students and teachers, schools are dialing back, hiring less-experienced teachers with smaller salaries. Schools then continue using local funds for administrative costs, which stay relatively the same.

When it comes to the accountability, Brown said "(Pickering) can complain about that all he wants," because the Legislature has stripped the state's oversight for education spending time and time again.

Eubanks said limited state control is how it should be, because the leaders on the local level know what's best for schools.

"Who can be trusted to know the needs of students: School personnel or disengaged legislators from a different part of the state?" Eubanks wrote in a response to the report on Facebook.

Appropriations Chairman Rep. Herb Frierson, R-Poplarville, had not read the auditor's report by Monday and did not want to comment on it.

Brown thinks the entire report is a way to defeat the Public Schools Funding initiative on the ballot in 2015 that would change the state constitution to require the state to provide support of "adequate and efficient system of free public schools," by undermining the formula.

When it comes down to it, MAEP is the formula. The state Legislature designed the then approved it on two occasions to determine how much money is needed to give all children in the state an adequate education at a minimum.

"Under Gov. Haley Barbour, we had a committee that was made up of legislators and business people and school people. ... We had the same experts come back in. I was on the committee. We studied it for months. ... The formula was passed again by the Legislature," Brown said. "To say that there's something wrong with the formula means that the Legislature has been dumb twice. The very people that (are) arguing against this voted for it."

If state leaders do not believe the formula is accurate, they should be working to find a solution, Brown said, not continue failing to fund the current program.

"Rather than attack the formula, why don't they just say, 'We don't want to fund education?' Because that's what they're really saying," Brown said.

Eubanks reiterated the belief that Mississippi leaders simply do not want to pay to better public education because they do not believe in it.

"I think the agenda by many in our state government on the state level is this: They do not believe that public education can work in Mississippi and ... they think privatization is the answer, even though it's been proven not to be," Eubanks said. "I believe that there are some leaders that would be willing to put up with a substandard education if they didn't have to pay for it, because their kids don't attend those schools."