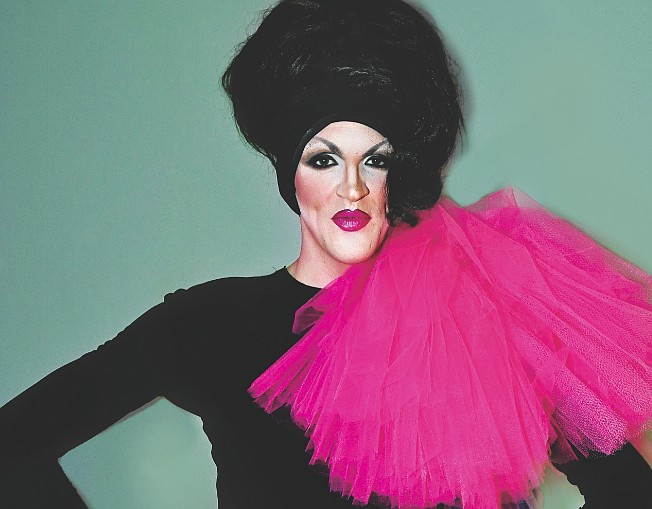 After praying to RuPaul, Justin Glover, also known as Vivian Montgomery, walked out of his apartment in Belhaven.

It was the first time Glover, 25, went out in drag. Donning a silk robe, a leopard-print skirt and showing his hairy chest, Glover shook with terror.

He remembered a similar time when he went to a party in a dress and wig, which was also his first time wearing makeup and heels out. "I can't stop shaking," he said to a friend then. His friend replied: "It just means you're full of magic."

Glover made it to his car, hopped in and began repeating the names of all the drag queens he could think of. On the drive to Jackson's Bottoms Up Club, Glover thought that if all of those queens had done it before, so could he. Now, he says, it's not scary to go out as Vivian anymore.

Eventually, the time came for Glover to come out to his family and church. He didn't want to be gay, but he considered it his cross to bear. His pastor told Glover to delineate his carnal desires from his spiritual desires.

During a group prayer to "pray the gay away," Glover felt a stretch in his heart, like someone pulling a rubber band

"I would feel it pop," he said. "I realized that that sensation was God telling me that it was a part of me. I read in the Bible, 'A good tree produces good fruit, and a bad tree produces bad fruit.' The fruit of me loving and accepting myself has been me feeling love and peace. The fruit of trying to deny those parts of myself left me wanting to die."

Glover moved to Washington state after he graduated from Mississippi State University with a degree in international business in 2012, There, he met people who told him God loves him without condition. When he spoke to his parents about being gay again, the first words out of their mouths were, "I love you."

"It's a long harrowing road," he says. "I had to fix my internalized homophobia. But today, I love myself."

Glover commits two to four hours to become Vivian Montgomery. He sews his own gowns and crafts extravagant headpieces to complete the Grace Jones-inspired jazz singer fusion. Her name is an homage to a family member and spiritual guide who passed away, and to his Alabama roots.

"My favorite word for drag queen is 'shapeshifter.' It's a magical and divine and sparkly work we do," he says. "To go from a boy to a beautiful, statuesque Amazonian."

Glover often fears for his home but proclaims his queerness proudly.

"Live loudly, as authentically as you possibly can, because you are of divine worth," he says. "And the world has already been deprived of too many of our voices."

*This story has been edited to reflect corrections and clarifications. When Glover walked out of his apartment for the first time in drag, the group of tennis players weren't there, as they were said to be in the original version. The first time he wore a dress and wig out was also the first time he wore makeup and heels in public. Jackson Free Press apologizes for these errors.