New Stage Goes ‘All the Way’ 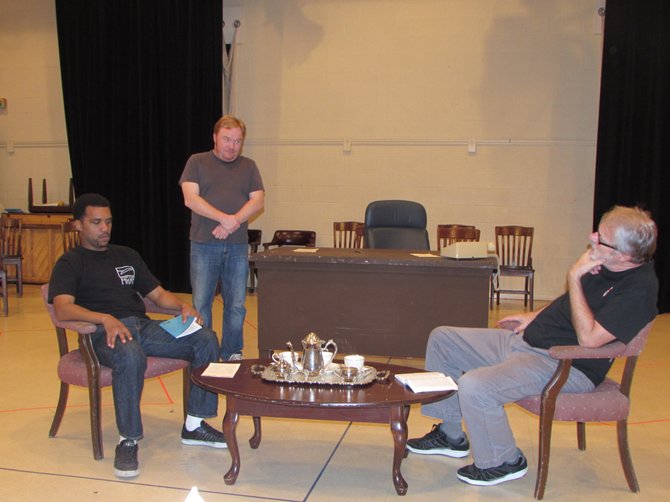 "It's not personal; it's just politics." That's the tagline for New Stage Theatre's newest production, "All the Way." The original play, written by Robert Schenkkan, won a 2014 Tony Award and a Drama Desk Award for Best Play and recently concluded a stint on Broadway.

The play centers on the 36th president of the United States, Lyndon B. Johnson, during 1964, his first year in office. Amid the turmoil of that time—from the passage of the Civil Rights Act to the country's involvement in the Vietnam War—Johnson stood in the middle of it all, determined to turn the U.S. into The Great Society he envisioned.

The play begins shortly after the assassination of President John F. Kennedy in November 1963 and follows Johnson's journey as he deals with political adversaries, voting-rights issue, turmoil in the South and elsewhere, and his presidential campaign and election in November 1964.

Francine Thomas Reynolds, artistic director for New Stage, felt it was important to secure the rights to "All the Way" no matter how difficult the task, because Mississippi played a pivotal role.

"Mississippi isn't always portrayed in a good light, but it's an area where I think people, young and old, can sit, watch the fantastic talent, numerous characters, and be given the chance to see what happened during that time," she says. "I hope people (re-examine) the Voting Rights Act, especially considering attempts to weaken it today."

Reynolds says that the murder of three civil-rights workers, James Chaney, Andrew Goodman and Michael Schwerner, outside Philadelphia, Miss., helped Washington, D.C., begin to see the level of violence occurring in the Deep South aimed at people, both white and black, who strived for equality and freedom.

"Not only is the play entertaining, but I would describe it as a political thriller," Reynolds says.

Don't expect the cast members to impersonate the people they portray, however. "Take Martin Luther King Jr., for instance," Reynolds says. "I had people audition who impersonated his voice. But that wasn't a requirement. To play a historical figure, you must have good acting ability, of course, but also maintain the correct energy, interpret the role and understand the motivations of that person. You want to grow in that role."