Finding Answers in the Head and the Heart | Jackson Free Press | Jackson, MS

Finding Answers in the Head and the Heart 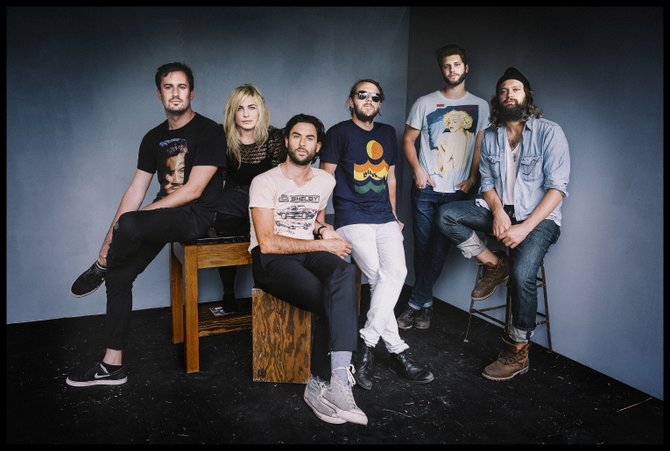 Seattle’s The Head and the Heart bring its blend of indie-rock and folk to Hal & Mal’s Friday, Oct. 10.

The relationship between the thoughts of a brain and the feelings of a heart, logic versus emotion, is a complicated struggle that most of us learn to cope with. But some creative people thrive on that discord, and a few even make a career around it. Josiah Johnson, vocalist of indie-folk band The Head and The Heart, falls decidedly in the latter category.

Johnson, 30, who is originally from southern California, formed the band in Seattle in 2009. For him, The Head and the Heart is about seeking inspiration in the perplexity of life choices and the aftermath of every decision, good or bad. Lead guitarist and vocalist Jonathan Russell, 29, violinist and vocalist Charity Rose Thielen, 28, bassist Chris Zasche, 31, pianist Kenny Hensley, 25, and drummer Tyler Williams, 27, join Johnson to create the band's signature sound.

The Head and the Heart's three lead singers, Johnson, Russell and Thielen, alternate between melody and harmony, and also act as the primary songwriters.

The Head and the Heart released its second album, "Let's Be Still," Oct. 15, 2013, on Sub Pop Records. It debuted at No. 1 on the Billboard Independent Albums chart and No. 10 on the Billboard 200. Johnson says he couldn't predict that he would be singing for full-capacity crowds at some of the nation's largest concert venues when he began his successful career.

"I remember the first time I heard a room full of people, 300 or so fans, singing my lyrics along with me," Johnson says. "I was blown away when that happened. If it had never happened again after that, I would still die happy."

It's been several years since that first sold-out show, and The Head and the Heart have grown in popularity. Not only has the band acquired a massive following, but it's also shared the stage with major acts, including the Dave Matthews Band, Vampire Weekend and Death Cab For Cutie.

Hit TV shows, such as "How I Met Your Mother," "Sons of Anarchy" and "Chuck," have featured The Head and the Heart's songs in pivotal episodes.

Johnson's goal in creating music isn't to pack venues or perform for every late-night host from Jay Leno to Jimmy Kimmel, though. He wants to gain a better understanding of his difficulties in life, and hopefully, to help others along the way.

"If I could be known for only one thing, I would want it to be for helping people. As a songwriter, I'm most inspired when I'm having a hard time—when what I know is right isn't the same as what feel is right, or vice versa," he says. "The process is usually, I find what's confusing me, and I work it out through music. If I can write songs that help people find the answer they're looking for, that's what I want to do."