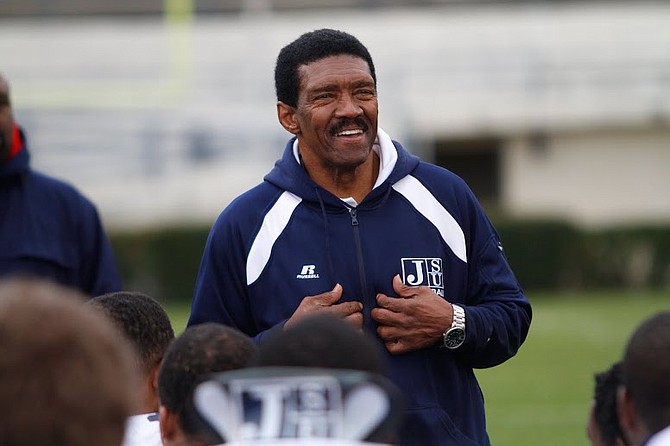 Harold Jackson is the head coach of the Jackson State University football team.

LaMontiez Ivy threw three touchdowns, including the 45-yard game-winner to DeSean McKenzie, to lift Jackson State to a 34-31 comeback win over Alcorn State on Saturday.

Trailing 31-28 late in the fourth quarter, Jackson State (5-7, 3-6 Southwest Athletic Conference) took over at its own 49 after a 27-yard punt return by Jairus Moll. Ivy found McKenzie two plays later for the long strike with 1:55 to go, then took over on downs after holding Alcorn State to cement the win.

Ivy spread the ball around, hitting nine different receivers, and finished with 376 yards on 27-of-32 passing. He also threw two interceptions and was sacked four times. McKenzie had 95 yards on four catches.