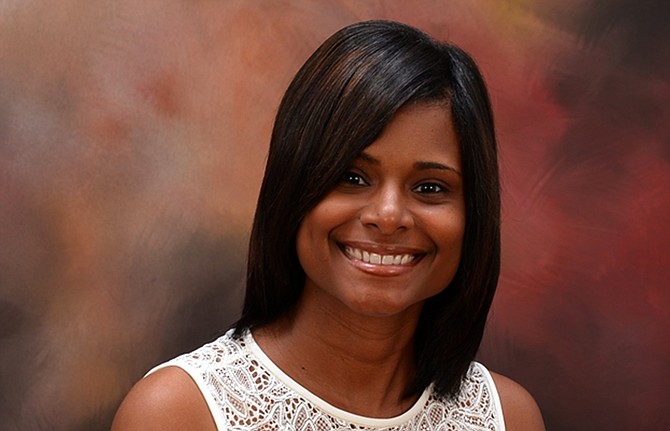 One student in particular holds a special place for Dorlisa Hutton, project manager at the educational nonprofit Scientific Research, aka SR1, in Jackson.

Hutton, 35, has been working with Jamesia since the young woman was in 6th grade. She was not strong academically, and other students at her school even characterized her has a bully.

Once Jamesia started going to SR1, though, she began to recognize the importance of her education and grew academically and socially. Hutton attended her 8th-grade graduation last year, where Jamesia received a leadership award.

At SR1, Hutton oversees the objectives of the organization, with the goal of exposing students to areas of academics and recreation they may not be privy to elsewhere, such as scientific experiments, soccer and camping. SR1 offers mentoring and tutoring, specifically in STEM subjects—science, technology, engineering and mathematics—and projects, such as a robotics team that competes across the state.

"A lot of our students don't have a lot of hands-on activities in class during the school day," Hutton says. "And sometimes, especially in ... the STEM field, if you're just having concepts given to you where you just have to know definitions, sometimes it's hard to make the connection, and that's what we've realized."

SR1 also offers educational programs in outdoor activities such as camping and non-traditional sports such as golfing and archery.

Hutton, a Jackson native, received her bachelor's degree in health-care administration in 2002 and her master's in public health in 2004, both from Jackson State University, and a second master's degree in biomedical sciences from the University of Mississippi in 2011.

While the inquiry involved in science subjects has always captivated her interest, public service and giving back are Hutton's true passions. She has always worked in community-focused jobs. "One of the biggest things that you can do is give back to the youth," Hutton says. Ultimately, what Hutton wants most is college access and success for her students, which is why she tries to work with them from the time they enter the program through high school and graduation.

Now a 9th grader, Jamesia is determined to be the first of her immediate family to attend college. "She said, 'You've told me since 6th grade that I was going to college. And I'm going,'" Hutton says. Last summer, Jamesia took "the initiative to go above and beyond," Hutton says, to study for the upcoming year's biology and algebra courses, even after SR1's five-week summer camp had ended.

It's this determination that inspires Hutton to continue her work in education and to stay in Mississippi. "I've had the opportunity to leave, but I've just always felt if all the good people to continue to leave, who's going to be here to help serve?" Hutton says.