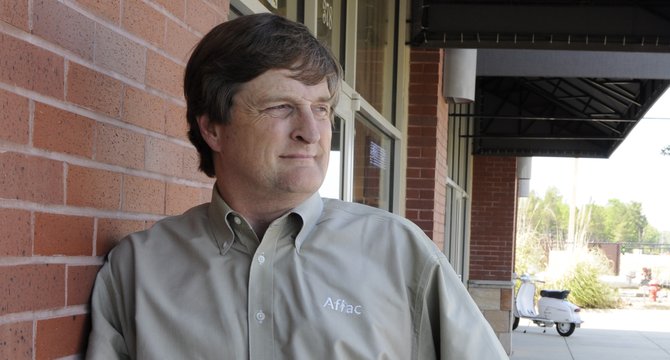 Jack Welch has three shih tzus named Bella, Annie and Sara. But, as a member of the board of directors at Community Animal Rescue and Adoption in Clinton, he is part of a team of people who work both behind the scenes and on the front lines caring for about 300 dogs and 80 cats. He may not deal directly with the animals, but his passion for what he does is visible. After all, it was his love of animals, community involvement and background in fundraising that drew him to CARA.

The AFLAC insurance salesman says that about seven years ago, one of his clients, COPAC Alcohol & Drug Treatment Center, asked Welch and his wife, Nancy, to help raise money for CARA. Three years later, Welch joined the organization's board of directors to help with fundraising. After six months of being involved, he was promoted to vice chairman, and six months later, he replaced a chairman that had stepped down. After completing that term, he was elected and then reelected for two years in a row. On May 1, his last term as chairman ended.

The Menden, La., native earned bachelor's degrees in journalism and history at Northwestern State Louisiana. He went on to complete a master's degree in public relations from the University of Southern Mississippi in 1986 and has been in the Magnolia State ever since. Welch, 52, says Mississippi's history and culture is what drew him here. He says he loves visiting the Mississippi Agriculture and Forestry Museum and other venues that provide a taste for the state's history.

As CARA chairman, his job fell mainly on the business side, from making sure the shelter had insurance to getting the building repaired after last year's hail storm. But he, along with other board members, was also able to widen the spectrum of CARA's services and programs. One of the more interesting ones is the adopt-a-leash program, where people who want a dog but may not be able to have one at their homes can pay a monthly fee of $30 to spend six to eight hours a month with their chosen dog.

"We take care of it, we feed it, we take it to the vet and everything, but you have access to it," Welch says. "... You also have that responsibility of paying and providing for it so you feel kind of like it's your animal." Though he tends to stay on the business end of things, Welch likes to get his hands dirty sometimes, participating in events such as the shelter's adoption days and also cleanup days. Among other services, the shelter has a dog park, Bree's Bark Park. Welch estimates that 149 dogs are members. For more information on CARA (960 N. Flag Chapel Road), visit carams.org or find the organization on Facebook.

Welch and his wife will celebrate their 14th anniversary in November. They are active in the community and their church, Parkplace Baptist Church in Pearl, and they love to travel.