Who Will Take Ward 6? 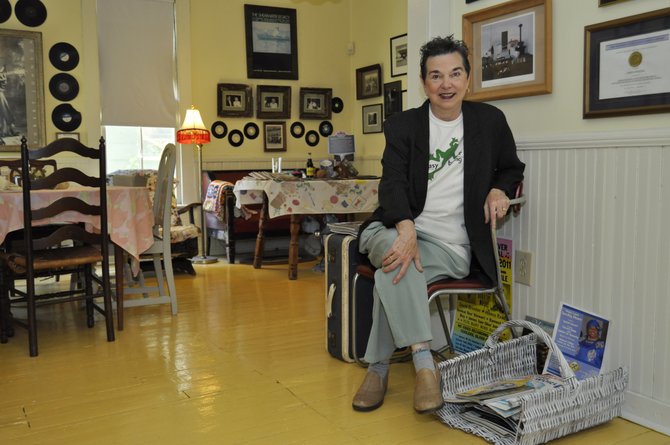 Marcia Weaver, a former councilwoman from Ward 6, is looking for an out-of-the-box thinker who knows the area well to replace Mayor Tony Yarber on the council. Photo by Trip Burns.

Each of Jackson's seven wards is important, but there's something special about Ward 6. Located wholly on the city's gritty south side, the ward has had representation in each of the last three mayoral races.

Mayor Tony Yarber, sworn in April 24, is the most recent and most successful of them. Now, with the city council setting a June 17 special election for Yarber's replacement, a strong field of candidates—many of whom have run campaigns in the past—is starting to emerge.

Among them is Tyrone Hendrix, a longtime political operative who helped manage Jonathan Lee's campaign in 2013 and Regina Quinn's in 2014.

Hendrix is currently the managing director at Hendrix & Dometz Organizational Solutions, LLC. In this position he has worked with many campaigns for election, including serving as a consultant for Regina Quinn's campaign for mayor in this year's special election. Before working for Lee last year, Hendrix was deputy campaign manager for Hattiesburg Mayor Johnny DuPree during his campaign for governor in 2011.

In addition, Hendrix worked for Organizing for America, a grassroots advocacy group affiliated with the National Democratic Committee. During the 2009 Jackson mayor's race, Hendrix worked on the campaigns for state Sen. John Horhn in the Democratic primary and Harvey Johnson in the runoff and general election. In 2008, Hendrix worked on Barack Obama's first presidential campaign.

Robert Amos, who ran in the 2013 Democratic primary for Jackson mayor in 2013, is also considering making a grab for the seat.

"I'm weighing it pretty heavily," Amos told the JFP over the phone. "I'm more on the run side than not running."

Amos, who is a Jackson native, ran for mayor of Jackson in 2009 and for the Hinds County Board of Supervisors in 2011. He is the owner of Central Mississippi Pharmacy Technician School, which provides certification for pharmacy technicians and medical and dental assistants. Amos once owned a company that specializes in background checks, as well as a carpeting and flooring company. He also worked as a school-attendance officer, a student-finance officer and an adjunct professor at Jackson State University.

Beverly Wallace, a municipal elections commissioner representing Ward 6, also confirmed to the JFP this week that she would run for the seat. Multiple independent sources have said Dennis Sweet IV—an attorney specializing in civil litigation, civil rights, personal injury, medical malpractice, premises liability and criminal defense—is throwing his hat into the ring. Sweet did not return calls to his office.

The successful candidate could meet unique challenges. Yarber himself has described the ward as overwhelmingly residential and, therefore, lacking the commercial-development opportunities that exist in other wards.

Marcia Weaver, who represented Ward 6 from 1985 to 1997, said the ward needs someone who is knowledgeable of the area's needs and has the leadership to steer funding to the ward's highest priorities, especially infrastructure issues.

"I think the new councilmember must really study the needs of the ward and be ready to act as soon as they get elected because there are so many needs and it will be important to direct the funds very specifically to solve those needs," she told the Jackson Free Press.

Throughout the special mayoral runoff election between Yarber and Chokwe Antar Lumumba, several Ward 6 residents voiced their concerns about the area's infrastructure issues. During one of Lumumba's door-to-door campaigns through a Ward 6 neighborhood, several residents were divided, with some expressing satisfaction with the previous councilman's attention to infrastructure, and others expressing disappointment.

In addition to the well-known infrastructure needs, Weaver says that the area needs to greatly expand recycling of garbage. Some residents currently send their garbage to landfills that sometime leech out, causing other problems down the road. She said recycling can be beneficial to the area in a variety of ways, including job development. She also stressed that the public needs to be educated on the subject so that they have a better understanding of why recycling is such an important need that will benefit the area.

"I would suggest that the new councilmember and full council give serious consideration to lessening the need for a landfill in its usual capacity and recycling much more and that means some education to help people understand that need," Weaver said.

Although Ward 6 has been known for its higher crime rates, averaging up to 50 house burglaries in Precinct 1 just three years ago, the area has had a significant reduction in crime according to COMSTAT reports, dropping almost 20 percent just in the last year.

Weaver says that she is pleased with the trending improvement of crime, saying that the police have increased visibility throughout the city as a whole.

"I think that's actually one of our better departments at this time," said Weaver. Yarber has not indicated whether he would replace JPD Chief Lindsey Horton with another appointee.

Weaver also spoke highly of Yarber, saying that she has been happy with his representation of her ward over the years. However, she hopes that Yarber understands that appointments for the city should be qualified professionals and not simply friends of the new mayor.

"It is most important not to simply put friends in any place of direction for our departments. ... He's represented me for six years, and I have been pleased with his representation, and I trust that he will get the people who are really qualified to do the job."

I agree. Jackson has suffered enough because of political favors.