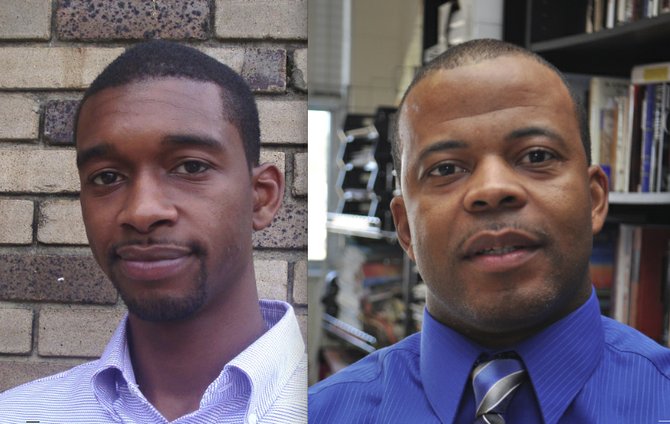 Among the names of possible Yarber replacements are Tyrone Hendrix (left), a longtime Democratic Party operative who helped manage Jonathan Lee's campaign for mayor in 2013, and Robert Amos (right), who competed in the 2013 Democratic primary for Jackson mayor.

With Tony Yarber becoming Jackson's fourth mayor in a year's time, a special election will be required to fill his old Ward 6 seat. At an April 28 special meeting of the Jackson City Council, the board put off deciding a Ward 6 special election date until it meets again Monday, May 5.

The last two people to hold the Ward 6 seat used it as a springboard to higher office. Yarber has described Ward 6, in south Jackson, as consisting mostly of residences, limiting the economic development opportunities for the ward.

"I can't get overly excited talking about what is the economic idea for Ward 6, when folks don't come to Ward 6 to work. They come to Ward 6 to go to sleep, to relax. They are leaving work to come to a community that supports a happy lifestyle," Yarber said of the ward in a 2012 interview with the Jackson Free Press.

In the meantime, the Jackson political rumor mill is churning with the names of possible Yarber replacements.

Among them is Tyrone Hendrix, a longtime Democratic Party operative who helped manage Jonathan Lee's campaign for mayor in 2013 and worked with Regina Quinn during the recent special election for mayor.

Hendrix was also state director for Organizing for America, a grassroots advocacy group affiliated with the Democratic National Committee, and other community-organizing groups. During the 2009 Jackson mayor's race, Hendrix worked on the campaigns for state Sen. John Horhn in the Democratic primary and Harvey Johnson in the runoff and general election. In 2008, Hendrix worked on Barack Obama's first presidential campaign.

Robert Amos, who competed in the 2013 Democratic primary for Jackson mayor, is also thinking about getting into the race.

"I'm weighing it pretty heavily," Amos told the JFP this morning over the phone. "I'm more on the run side than not running."

Amos, who ran for mayor of Jackson in 2009 and for a seat on the Hinds County Board of Supervisors in 2011, said he is talking to residents and members of the business community about his candidacy.

A Jackson native, Amos owns Central Mississippi Pharmacy Technician School, located at the Jackson Enterprise Center on Highway 80, which provides certification for pharmacy techs, as well as medical and dental assistants. Amos previously owned L & R Enterprises, which specialized in background checks for businesses, as well as a carpeting and flooring company. He has worked as a school-attendance officer, a student-finance officer and as an adjunct professor at Jackson State University.

Lastly is a potential wild card in Chris Dupree, owner of DuAlot Bonding Co., who recently changed his Facebook profile picture to a photo of himself with the words "Vote Chris Dupree for City Councilman," although the image does not make specific reference to the Ward 6 position.