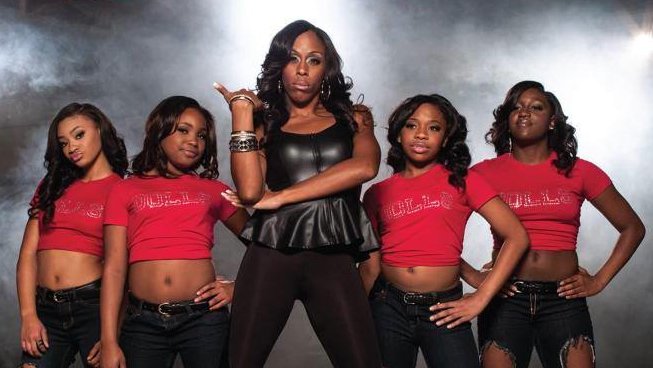 When she was little, Dancing Dolls LLC coach and founder Dianna Williams walked around on her tip-toes saying, "Mommy, I want to be a ballerina!" Since the tender age of 4, she has loved the art of dance.

Williams' love for the artform has landed her a show on the Lifetime Network. "Bring It!" focuses on Williams and the Dancing Dolls, which Williams formed in 2001 at Pied Piper Playhouse.

After graduating from Raymond High School at age 16, Williams went to California. When she saw friends getting into trouble, she knew she wanted to do something to help young people.

Upon returning to Jackson in her early 20s, Williams enrolled in Jackson State University. She graduated in 2005 with a degree in criminal justice with an emphasis on juvenile justice, planning to become an attorney. Instead, she decided to start her own dance team, drawing on past experience including starting the Grove Park Majorettes in 2002, and being the recreational aide and dance instructor for north Jackson.

Williams and her husband, Robert, started the Dollhouse Dance Factory in north Jackson in 2010. Dollhouse teaches ballet, hip-hop, jazz and other types of dancing. When Williams started the studio, she only had 23 students. As of now, 101 students are enrolled.

Williams teaches her students discipline as well as dance, setting a great example for her Dancing Dolls to follow.

"We teach persistence, determination, responsibility—we have so many things that we do outside of dance," Williams told BOOM Jackson in 2013. "... Our program teaches our kids how to (be) better people, how to be better leaders and how to be great academic achievers."

While some of the dancers at Dollhouse are beginners, the Dancing Dolls is a full competition squad. The team has won more than 100 trophies and numerous awards. The squad has performed with JSU and was voted best drill team at the 2011 JSU Homecoming Parade. The Dolls performed in Battle of the Bands and danced in Chicago during summer 2013.

The new series "Bring It!" focuses on Dianna's coaching skills as well as the talents of the young girls she teaches. The show allows us to see what's behind closed doors from the practices to preparing for dance competitions. It premiered March 5 and has brought national attention to the city of Jackson. The show is on the Lifetime channel Wednesdays at 9 p.m.

Diana is awesome dance coach and seems to be a good person. I love the dancing dolls they brings it hard...I'm enjoying the show.....

Dianna thank you!!! Watching you and the dolls are the breath of fresh air that I needed! You all are AWESOME!! The commitment you give to these girls and the commitment they give you makes me wish we had you here in Seattle! Both of my granddaughters would be trained by YOU! You are the best Dianna, and I am your #1 fan! DD4L!!!!!!!!

My grand kids & I love the show we watch it together weekly...