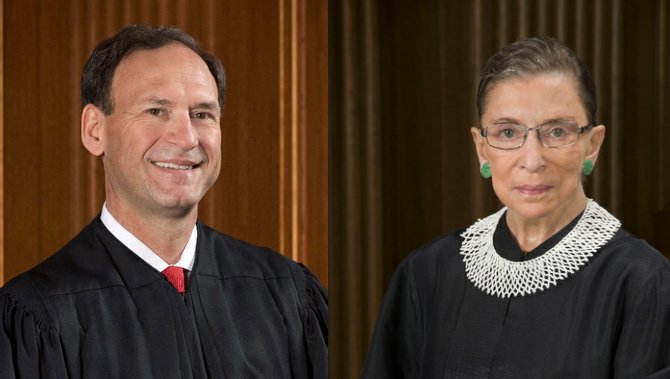 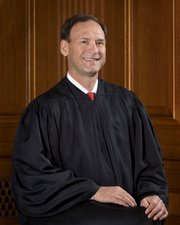 The majority opinion, which Justice Samuel Alito wrote, says that the ruling only applies to birth control, and that religious liberty claims regarding other services may not be ruled similarly. 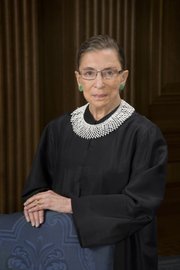 Justice Ruth Bader Ginsburg, writing for the minority, offered some examples of her own for why the decision represents a walk through a "minefield."

Despite being fairly narrow in scope, the U.S. Supreme Court ruling handed down this morning in favor of a nationwide retailer that wants to make it more difficult for employees to obtain birth control sets a precedent for future cases involving the religious liberty of corporations.

These companies, according to a court divided 5-4, are allowed under the federal Religious Freedom Restoration Act to deny its employees comprehensive contraceptive coverage. Employees will have to obtain certain kinds of birth control that are not covered by their employer without using their insurance to pay for it.

Congress passed and then-President Bill Clinton signed RFRA in 1993 in order to protect against laws—even those of general applicability or that do not deal with religion—that burden a person's religious expression.

Matt Steffey, a constitutional expert at Mississippi College School of Law, said he is not surprised with the Supreme Court's decision, and that any application of RFRA to companies in the future depends less on the Hobby Lobby decision and more on the ideology of new justice appointments.

Hobby Lobby owners believe that four birth-control pills, including Plan B and Ella morning-after pills, covered under the Affordable Care Act induce abortion, and to offer them to their employees would contradict their religious beliefs. Because of this, Hobby Lobby is protected under RFRA to refuse those medications, the court ruled.

The majority opinion, which Justice Samuel Alito wrote, says that the ruling only applies to birth control, and that religious liberty claims regarding other services may not be ruled similarly.

Today's ruling also only applies to "closely held" corporations, which are those owned by a small group of people, specifically businesses in which five or fewer individuals own 50 percent of the stock value. Steffey said the distinction of closely held corporations is a significant aspect of the case. The law would not, Steffey points out, apply to large investor-held companies such as Apple or ExxonMobil.

Steffey said the idea that companies, specifically those that are small and act as an "extension" of an individual, are protected under RFRA is not groundbreaking. "RFRA already applied to corporations," Steffey said. "The only thing that's new here is that these were for-profit corporations, and I think that part of the decision—I know feelings run high—is the hardest to argue about."

Steffey used the example of a kosher butcher, who most would say should not be mandated to cook meat in a way that contradicts his religion, to show that corporations should obviously be protected under RFRA.

Justice Ruth Bader Ginsburg, writing for the minority, offered some examples of her own for why the decision represents a walk through a "minefield":

"Would the exemption ... extend to employers with religiously grounded objections to blood transfusions (Jehovah's Witnesses); antidepressants (Scientologists); medications derived from pigs, including anesthesia, intravenous fluids, and pills coated with gelatin (certain Muslims, Jews and Hindus); and vaccinations. ... Not much help there for the lower courts bound by today's decision," Ginsburg wrote.

Steffey said the real argument in the Hobby Lobby case is whether or not providing birth control through employee insurance is a religious burden, since the employee can use their paycheck to purchase the pills.

"What's the difference between cash and non-cash employee benefits?" Steffey asked, suggesting that the payment for birth-control pills through employee insurance may be too indirect to be burdensome to an employer's religion.

Monday's Supreme Court decision for Hobby Lobby reflects the conservative ideology of the current justices, but Steffey said that its consequences are hard to determine.

"This may be the first step towards a big change in the law, or it may be the high water mark. That is, this may be the farthest the court goes under RFRA to protect the religious beliefs of closely-held corporations," Steffey said. "That doesn't depend on this decision, that depends on who's on the Supreme Court in five or 10 years."