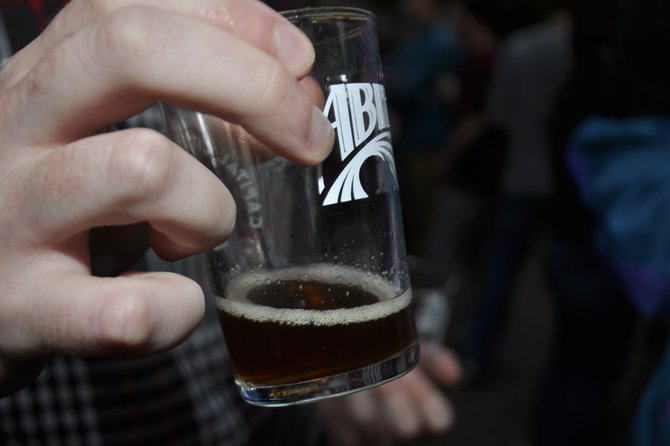 Craft beers, such as Abita and Lucky Town, will be available to participants at the Canton Craft Beer Festival June 21. Photo by Trip Burns.

Matthews says that from 4-10 p.m., that day, "the square will be alive" for the first Canton Craft Beer Festival, which he helped organize. Local businesses will serve craft beer, and vacant buildings will become pop-up bars and restaurants. Jackson food trucks LurnyD's Grille and Tito's Tacos, crawfish and gourmet hotdog vendors, as well as the five restaurants already on the square will have food available. Local artisans and artists will sell art and handmade goods. Festival-goers will be able to walk to various businesses, sampling about 114 beers, including some from Mississippi breweries like Lucky Town and Lazy Magnolia. A home-brewing competition will give locals a chance to see how their homemade beers stack up against others'. The Mulligan Brothers, Waylon Halen and Miles Flatt will provide live music.

At press time, the festival had already sold more than 400 tickets, and Matthews is certain it will sell more. "Being right here in Canton on the square, I think locals will come out and participate," he says. "We have 100 percent support out of the community."

The Canton Craft Beer Festival is from 4-10 p.m. June 21. Admission is $25 and includes a commemorative mug, and access to vendors, entertainment, and unlimited craft-beer samples. Admission is $10 for those who are not participating in the beer tasting. Buy tickets at Mama Mia's, Hops and Habanas (123 Grandview Blvd., Madison, 601-853-7449), or ticketmaster.com. Visit cantoncraftbeerfestival.com or find the event on Facebook for more information.