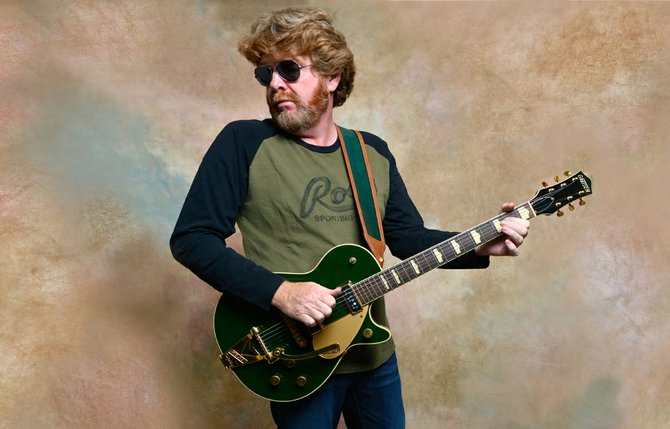 That's what Lyman Corbitt "Mac" McAnally, Jr., had to say about his home state of Mississippi in his hit "Back Where I Come From," made famous by Kenny Chesney in 1996.

McAnally, 56, has written or strummed his guitar in numerous songs that you probably know and sing along to, even if you've never heard of him. Alabama cut his song "Old Flame," which rose to No. 1 on the Billboard Hot 100 charts in 1981, nine years after he wrote his firsts song as a 15-year-old. Mac has had incredible success as a songwriter, but he's also a talented singer, producer and guitarist with six consecutive Country Music Awards for Musician of the Year on his resume. He has spent the last several years touring with Jimmy Buffett and his Coral Reefer band, as well as writing and recording with artists like George Strait, Toby Keith and Zac Brown Band.

While McAnally's home now is somewhere on the road between his recording studio in Muscle Shoals, Ala., and his three daughters in Nashville, Tenn., his soul resides in Mississippi.

"Maybe it's because I'm a writer first, but I have a pretty well-preserved image of Belmont in the 1960s, and that's where I live most of the time," McAnally says. "When I go home, even though it's different, there's a deeper connection, a reconnection. It reaffirms everything I like about being a human being living on Earth."

McAnally, who is well known for his storytelling, would tell you that he's just a byproduct of his Belmont childhood. McAnally's parents were musicians in the rural south, and he grew up with music as his entertainment.

McAnally likes to imagine that his parents exchange high-fives in heaven each time he accomplishes something new, like performing at the Grand Ole Opry in February or playing his music with a full orchestra this weekend at FestivalSouth in Hattiesburg.

A member of the Nashville Songwriter Hall of Fame and the Mississippi Musicians Hall of Fame, McAnally is still shocked at his own success.

"We were raised to not draw attention to ourselves and I still feel that way," he says. "It's ironic that I'm making a living in show business."

After years of hard work, McAnally still aspires to be a better person, musician and representative of Mississippi. His own good fortune has also driven him to help other young artists make it in the ever-changing industry.

As FestivalSouth nears, McAnally is most excited about how his performance will benefit Extra Table, a charity that provides food for pantries and soup kitchens each month. He also looks forward to playing with his friends from the Coral Reefer band, and the opportunity to perform for family and friends in the state he loves and still calls home.