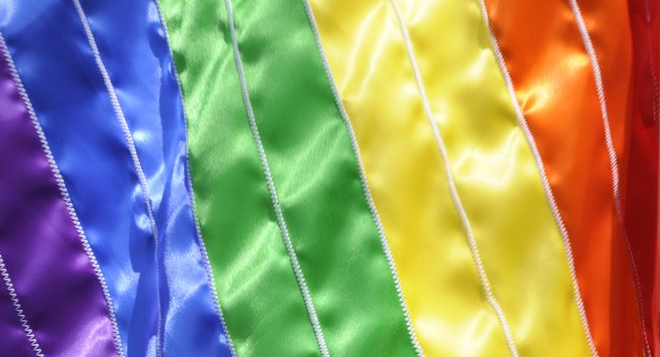 Will Jackson become the eighth city in Mississippi to recognize the rights of LGBT residents in an equality resolution?

JACKSON — The Jackson City Council is expected to vote at today's 10 a.m. meeting to become the eighth city in the state to pass a resolution that supports equality for all citizens, including the LGBT community.

No. 36 on the council's agenda for the June 3 meeting states simply: "Resolution supporting equality for all citizens of Jackson, Mississippi. (Priester, Tillman)" Ward 5 Councilman Charles Tillman is one of the older members of the council, who also acts as president. Melvin Priester Jr., of Ward 2, is one of the younger councilmen, who serves as vice president.

One of the top questions asked at debates and forums during the recent special election for mayor was if the candidates would support an LGBT resolution for the city of Jackson. Priester, who ran for mayor, said during his campaign that he opposed discrimination of any kind. He also said he was working to create a human-rights commission that would help protect a variety of people.

Ward 7 Councilwoman Margaret Barrett-Simon stood out from the rest of the candidates with her strong opposition to SB 2681, which many fear will allow discrimination of LGBT Mississippians, and support of an LGBT protective ordinance.

"It is a fundamental question not only of civil rights, but of basic human decency," Barrett-Simon wrote on her Facebook page the Thursday after Gov. Phil Bryant signed SB 2681 into law, surrounded by prominent religious-right leaders, including Tony Perkins of the Family Research Council in Washington, D.C.

"We are all equal members of this community, and every person—regardless of sexual orientation, race, ethnicity, or background—deserves to be treated with the same measure of dignity and respect. Doing so, through official policy where necessary, will be an unyielding principle of my administration," Simon promised then.

Mayor Tony Yarber said early on in his campaign that he did not believe a resolution was necessary; however, near the end of his campaign, he said that he supported human rights for all human beings, leading some to wonder if his opinion about a resolution could change.

"I don't have to agree with a lifestyle in order to be a defender or to defend that person who carries that lifestyle out," Yarber said. “... With the right leadership, that leader says we're going to protect everyone. And if we find that you have been discriminated against, we're going to deal with you as severely as we can because it isn't right."

Priester could not be reached for comment Monday evening.

"I believe that John F. Kennedy was correct when he said that this nation was "founded on the principle that all men are created equal, and that the rights of every man are diminished when the rights of one man are threatened." I believe that President Kennedy was correct when he said that we are "One Country" (or, as the late Mayor Lumumba said, we are "One City") and, as such, "we cannot say to ten percent of the population that you can’t have that right; that your children cannot have the chance to develop whatever talents they have." Although I have witnessed the reality of discrimination here in Jackson, I have witnessed far more goodness than bigotry. I want there to be no doubt that Jackson is a great city. I want there to be no doubt that we stand on the side of equality. Whether you are a teenager here in Mississippi or a multinational corporation considering whether to open up shop here, I want you to know that you will be welcomed here in Jackson, you will be welcomed warmly and you will be treated fairly. Accordingly, the City Council of Jackson will be voting today to join numerous other cities in Mississippi who have voted in favor of equality for all citizens, regardless of their race, gender, national origin, or sexual orientation."