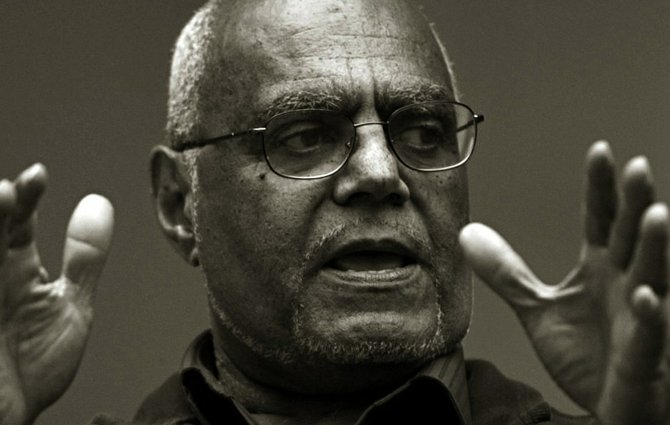 Born in Harlem, N.Y., in 1935, Moses attended Hamilton College and later earned a master's degree in philosophy from Harvard University. He became involved in the Civil Rights Movement while teaching mathematics at Horace Mann School and traveled to Mississippi, where he joined the Student Nonviolent Coordinating Committee and the Council of Federated Organizations. Moses resigned from the COFO in late 1964.

Moses, a pacifist, moved to Canada to avoid the Vietnam War draft and then traveled to Tanzania, where he lived with his wife and children for almost a decade. When he returned to the United States, he completed his doctorate at Harvard and began to work as a high school math teacher.

After realizing that his daughter's school did not offer algebra courses, Moses founded the Algebra Project in 1982 with the help of a MacArthur Fellowship. The Algebra Project assists students who score poorly on standardized state math tests, with the goal of improving equality in education.

This June marks the 50th anniversary of the Freedom Summer Project, and the William F. Winter Archives and History Building in Jackson is hosting an exhibit entitled "Stand Up!" to honor it. The exhibit features photographs, artifacts, documents, film footage and a replication of a Freedom School room. The event will also feature a short documentary that describes the Freedom Summer Project; the lives of activists James Chaney, Andrew Goodman, and Michael Schwerner; and the story of the Mississippi Freedom Democratic Party. The exhibit will be open Monday through Friday from 8 a.m. to 5 p.m. and on Saturdays from 8 a.m. to 1 p.m., and runs through the end of October.