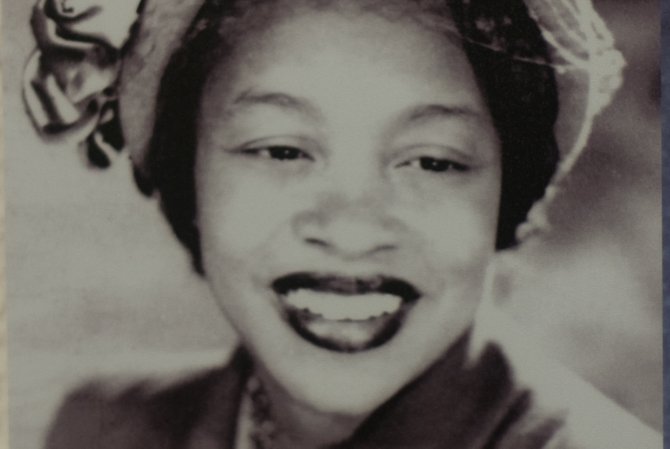 Poet and writer Margaret Walker Alexander contributed four volumes of poetry, a biography and numerous essays to the literary world.

One of Walker's manuscripts, on display at the Jackson State University Museum.

One of Walker's manuscripts, on display at the Jackson State University Museum.

Poet and writer Margaret Walker Alexander contributed four volumes of poetry, a biography and numerous essays to the literary world. She was born as Margaret Abigail Walker July 7, 1915, in Birmingham, Ala., to Sigismund C. Walker, a Methodist minister, and Marion Walker, a music teacher. Her family then moved to New Orleans when she was a young girl.

Walker went to high school at Gilbert Academy and then attended New Orleans University (now Dillard University) for a couple of years. After poet Langston Hughes urged her to go to school in the North, Walker transferred to Northwestern University in Chicago. She received a bachelor's degree in English in 1935.

After graduating, Walker began joined the Federal Writers' Project, where she worked alongside literary giants such as Gwendolyn Brooks and Frank Yerby. She was also a member of the South Side Writers Group, which included authors such as Richard Wright, Arna Bontemps, Fenton Johnson, Theodore Ward and Frank Marshall Davis. Poetry magazine published her poem "For My People" in 1937, when Walker was 21.

Walker later received a master's degree in creative writing from the University of Iowa in 1940, and in 1965 she returned to earn her Ph.D. Walker published her first poetry volume, "For My People," in 1942.

In 1943, Walker married Firnist James Alexander, an interior designer and decorator. The couple moved to Jackson after the birth of three of their children. Walker began teaching at Jackson State University in 1949 and retired in 1979.

In 1968, she founded the Institute for the Study of History, Life and Culture of Black People at JSU, now known as the Margaret Walker Alexander National Research Education Center. That same year, her novel "Jubilee" won the Houghton Mifflin Literary Award. The novel has also been translated into seven languages. Walker published many more poetry volumes, including "For Farish Street Green," which is about life on Jackson's historic Farish Street.

Thanks for the great article. We hope people will visit the "Jackson State University" museum, shown in the pictures above, at the Margaret Walker Center in Ayer Hall on the JSU campus!

Visit us online at www.jsums.edu/margaretwalkercenter.

one of my favorite writers