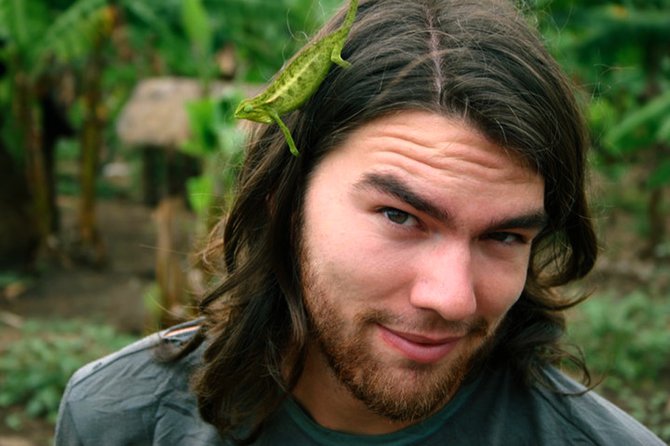 David Peterka, founder and executive director of the St. Louis-based nonprofit When the Saints, visited Jackson this week for the screening of a documentary about sex trafficking in Malawi. Despite the scope of the problem in Africa and around the world, Peterka stresses that sex trafficking is not limited to developing nations. It’s right here at home.

Sex trafficking isn't just about men abusing women in other parts of the world. That's why the screening tour for a documentary that explores the issue of sex trafficking in Malawi, Africa, is called the "Close to Home" tour.

"This injustice is actually closer to us, it's closer to home for each of us than just happening inside of our own countries or communities," said David Peterka, the founder and executive director of the Christian non-profit When the Saints, which produced the documentary of the same time.

Every two minutes a girl of the average age of 13 is trafficked for the purpose of sexual exploitation, and only 1 percent of those victims are ever rescued. When the Saints, a Missouri-based ministry, hopes to help end sexual exploitation around the world not just by educating and rescuing victims and mentoring perpetrators, but by sharing the gospel with all people.

Sex trafficking in Mississippi and other states often consists of an older person preying on young people, targeting those who may need affection and luring them in with promises. Often, perpetrators hang out in places like parks or malls where they can easily find young people to target.

The When the Saints team traveled to Jackson July 14-16 to show its documentary at We Will Go Ministries on July 15. One misconception When the Saints hopes to address is that sex trafficking is a developing-world problem. Although the team focused its efforts during this project on the rampant sexual exploitation occurring in Malawi, they do not ignore the 14,500 to 17,500 people trafficked into the U.S. each year.

Sharedhope International, a group dedicated to end human trafficking nationwide, awarded Mississippi a D grade for the amount of trafficking in the state. But since Mississippi Human Trafficking Act passed last year, the state's grade has started improving.

"It's a victim-based crime. Unless there's a support system already in place for the victims, then they're just kind of left out to dry," Crew said.

Crew points to little or no funding for victims although there has been a positive uptick in community awareness surrounding human trafficking.

Sandy Middleton, executive director of the Pearl-based Center for Violence Prevention, said the center does not work with perpetrators and that sexual offenders are usually very difficult to rehabilitate.

"We do successfully work with victims who have been sexually assaulted, so really that's our realm of expertise is working with the victims," Middleton said.

When the Saints hopes to teach the hard lesson that "no matter how justified we feel in our hatred" of those who sexually exploit young people, Peterka said, it is compassion for those perpetrators that will solve the larger problem. While the nonprofit works to rescue girls who faced sexual abuse, they also see the importance in counseling men with sexual addiction.

"The only true solution in eradicating sexual abuse at its root is with the men, and the men, we believe, are enslaved themselves," Peterka said.

Peterka believes every interaction a person has with the opposite sex plays a role in the status of sexual exploitation in the world, and that curbing sexual immorality is one important solution to the problem.

The nonprofit is showing the team's documentary, also called When the Saints, at 60 locations, mostly churches, in 20 states across the nation.

"We definitely believe that this is a message that can meet anyone where they are, whether they are a believer or not," Peterka said, adding that he envisions the movement starting first within the church, then moving out into wider communities.

When the Saints ultimately offers that sexual exploitation across the world affects everyone and those who are free from sexual immorality themselves are most equipped to help victims and end the cycle of abuse.

"We're fighting for what we think freedom is—which we think is just this physical way to bring them out of their position, but we may not even have freedom in our own hearts because we're abusing and exploiting those around us on a daily basis. We can't offer freedom to someone if we don't have it ourselves," Peterka said.