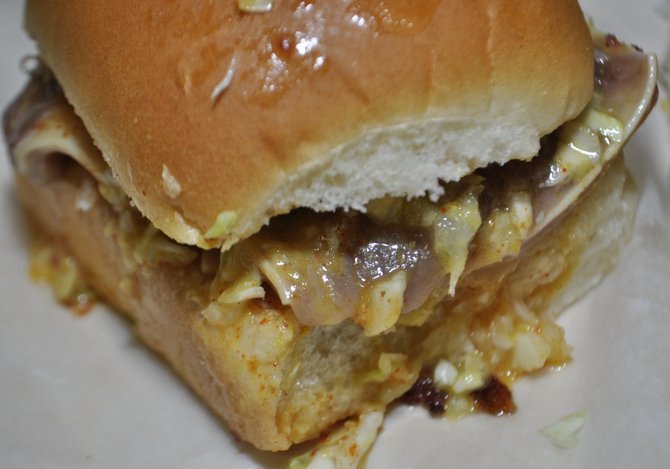 In the Mississippi Delta episode of CNN’s “Parts Unknown,” Anthony Bourdain traveled almost exclusively through the Delta, though he stopped in Jackson and tried the pig ear sandwich at Big Apple Inn. Photo by Trip Burns.

Upon moving to Mississippi in the late winter of 2013, I decided to embark on a new system of exploration. Rather than visit cities and towns in neighboring states, I would see places within the state, either known or unknown. When asked where I should go next, people offered suggestions and even told me about locations to avoid.

The most commonly mentioned place was the Delta. Folks would decry it because poverty somehow contradicted the scenery, but above all else, they would tell me, "There's really nothing to do."

My inclination was to ignore their directness. I've seen the Catfish Capitol of Mississippi in Belzoni, stood at the street corner where B.B. King once played as a teenager for tips in Indianola, stood on the edges of the "Great Wall of Mississippi" in Greenville, paid respects to the grave of Robert Johnson in Greenwood, and admired the riverfront murals in Vicksburg.

Recently, Anthony Bourdain, host of "Parts Unknown" on CNN, traveled to the Mississippi Delta to learn about the state's history through food and conversation with local residents. He traversed the region almost exclusively in the episode, though he did travel to Jackson to try a pig ear sandwich at Big Apple Inn.

During the program, Bourdain discussed typical subjects like race relations, blues music and African American culture. What stood out, though, was the idea of the Delta as a food destination.

My travels focused on historic and cultural sites, and I did not consider the Delta as a location with good restaurants. Although Bourdain and "Parts Unknown" focused on many Mississippi stereotypes, at the very least, he brought attention to the Delta.

Like movies, television shows are open to a wide range of interpretations. My own interpretation of "Parts Unknown" might be a collection of personal perspectives from within a location and outside of it. I lived in Montana almost all my life, and I certainly had a perception of Mississippi and the South, created from a variety of sources. I have learned much simply by talking to people about Mississippi.

Clay Hardwick, a local artist and an assistant cameraman on the "Parts Unknown" episode, traces his childhood to the Delta. He visited the area many times after his family moved to Jackson and considers the region very familiar. And yet, even he learned a few things during the production of the episode. "I took the area for granted because I was used to old blues guys and tamales, and an outsider's view of the region made me realize that," Hardwick said. His biggest takeaway from the show was the dialogue between Mississippi crew members and those from New York. He says that the New Yorkers' open-mindedness, general curiosity, respect for the state and wonderment at the many attractions in the Delta and other cities in Mississippi, was "very refreshing."

While Hardwick is excited at the prospect of the show exposing the state to a wider audience, he remains cautious at "an outsider ideology" tainting the authentic nature of the people who have called the Delta home for generations.

That insight surprised me. Commercialism and conformity as a byproduct of tourism had never occurred to me. Perhaps a limit exists to the popularity one can attach to a city or national park or historic landmark before the place becomes too popular.

Where that limit is for the Delta is anyone's guess. One can only hope the charm, culture and history of the Delta remain intact for generations to come. Without it, Mississippi wouldn't be the same.

Visit ccn.com to watch the episode.