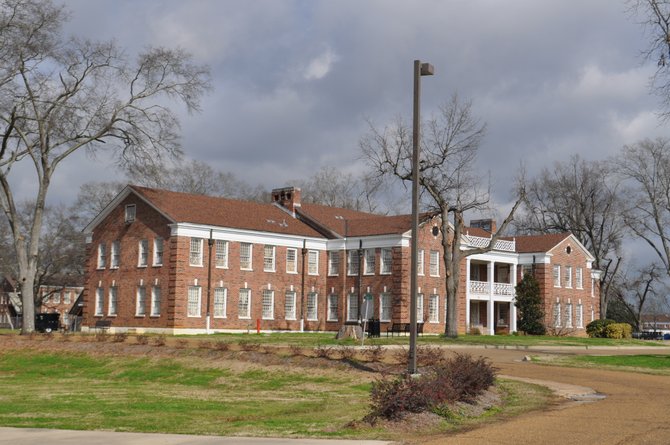 The Mississippi State Hospital’s closure of its Community Services Division may violate the Americans with Disabilities Act. Photo by Trip Burns.

The Mississippi State Hospital may be in violation of the Americans with Disabilities Act after closing its Community Services Division, which provided outpatient care for those suffering mental disabilities. A June 10, 2014, state Performance Evaluation and Expenditure Review (PEER) report criticized the decisions made regarding the closure. PEER conducted the investigation after complaints about MSH's contract with Key Behavior Essentials, the company designated to facilitate the transfer of patients to other providers.

Mississippi Department of Mental Health officials deemed the Community Services Division "outside the hospital's primary mission" and, due to a decrease of funds over recent years, the hospital will redirect resources to facilitate inpatient care at MSH.

But, under the Americans with Disabilities Act of 1990, the state has an obligation deliver community-based mental health care. In 2011, the U.S. Department of Justice criticized the condition of mental health care in Mississippi after finding the state in violation of ADA for institutionalizing patients who could have participated in the community.

During the course of the PEER evaluation, MSH terminated its contract with Key Behavior Essentials, which was working under the name Guided Steps Healthcare and was responsible for taking over outpatient care and transfer of MSH's community-based patients. PEER found Guided Steps Healthcare's "failure to comply with DMH Operational Standards" and "inappropriate and unethical conduct," legitimate reasons for terminating the contract on April 12, 2014.

PEER Director Max Arinder said the Guided Steps Healthcare executive director did not have the proper combination of degrees and experience MSH requires.

"When we pursued it, and then did additional verification, it ultimately came out, and the person admitted, that they simply did not have that credential, and that's certainly an unethical act," Arinder said.

"Essentially, the contract would have allowed Guided Steps to expand its business in the state to deliver adult mental health services in preparation for fulfilling the terms of the contract by using state resources, as opposed to its own resources," the PEER report stated.

Ending the contract with Guided Steps Healthcare does not, according to the Department of Mental Health, change how MSH will deal with existing Community Services patients, and the staff will ensure former patients be transferred to other mental health care providers. In an emailed statement, MSH spokesman Adam Moore said that other community-based care providers are serving all community-based patients and that "MSH transition coordinators will track each individual for one year to ensure continuity of services and transition to new service providers."

Jackson-based mental-health professionals and community members have concerns that MSH's Community Services Division patients have not been transferred and are not getting the care they need.

Department of Mental Health representatives declined to provide further comment beyond their response included in the PEER report packet. In the response, DMH Executive Director Edwin LeGrand restated that, based on recent decreases in funds since 2008, MSH needed to reallocate funds from community-based care to in-patient care.

Arinder said that he has no reason to suspect deception from MSH or the DMH, and while PEER was not able to confirm transfer of patients to other providers, they will conduct a further investigation.

Read the PEER report at jfp.ms/peer_msh.