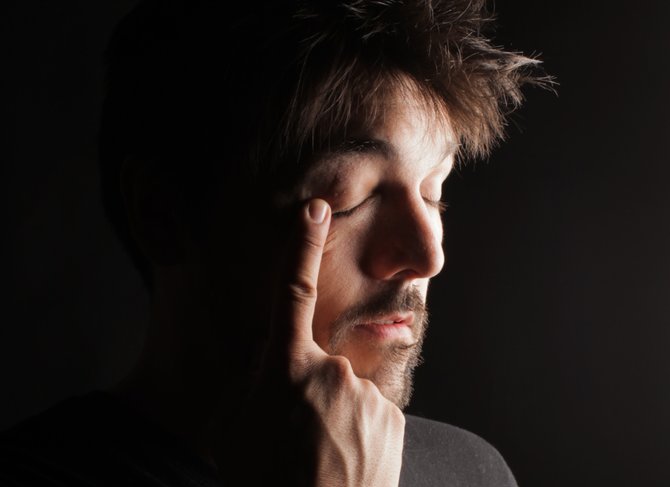 Japanese electronic music from the 1970s inspired Daniel Guaqueta to create his latest single, “Y I am.”

July 1 was a big day for Daniel Guaqueta. He released his first solo project, consisting of music and a video, "Y I am," for digital distribution.

A Mississippi native and self-declared "proud Mississippi artist," Guaqueta is an electronica musician and a founding member of Esperanza Plantation prog-instrumental band, Questions in Dialect. Guaqueta's single is an exploration, and one that's easy on the ears.

"It's melodic because people don't want to hear electronic sounds for no purpose," he says.

Guaqueta describes "Y I am" as clear and clean, so people can hear all the textures in the music.

He recorded the single on the same tape machine that The Oak Ridge Boys recorded 1981 hit, "Elvira," and Janet Jackson used it, too.

Tommy Wiggins mastered "Y I am" at Nashville's "Welcome to 1979" Studios after Jackson music engineer Jonathan Clark helped Guaqueta write, record and mix the track to analog on a 2-inch reel-to-reel tape machine.

Guaqueta was inspired to write the music for the single while listening to 1970s Japanese electronic music. Over the course of some days, he created "Y I am," and he left the session open to give him free rein to record whenever inspired.

"If I was washing dishes, and I felt something, then I could just go walk over to the keyboard and record it," he says.

The musician grew up in two different cultures; his grandmother is from Mississippi and his father from Bogota, Colombia. Guaqueta's experiences in both places have strongly influenced his music: Mississippi's laid-back sound and his Columbian heritage mix in his music.

Guaqueta, 37, was born in Hattiesburg but lived in Colombia until the beginning of the second grade. He then moved back to Hattiesburg and graduated from the University of Southern Mississippi with a communications degree in 2000. Guaqueta said he spent every summer in Colombia until he started college.

Currently, Guaqueta is working with Jackson artist Loki Antiphony on an EP, scheduled for a fall 2014 release. He says he was releasing his music because he felt that they were musically right at this time.

"Right now, I'm just trying to clear the clutter," Guaqueta says. "I've got a lot of stuff and songs that mean a lot to me."

Guaqueta believes that people will "dig it if they open their minds." For him, music is everywhere from bicycles to trucks in New York City.