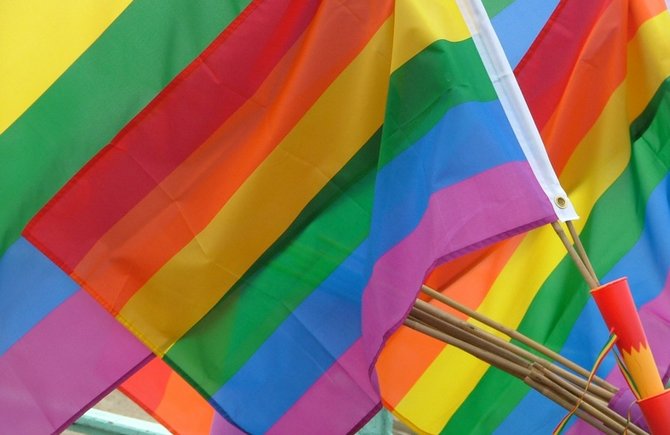 A House subcommittee may take the wind out of the sails of a so-called religious-freedom proposal that civil-liberties groups feared would lead to legalized discrimination.

The Civil Subcommittee of the House Judiciary B committee voted to remove controversial language in SB 2681, known as the Mississippi Religious Freedom Restoration Act. Supporters of that legislation sold it to fellow senators as legislation Gov. Phil Bryant promised in his State of the State address to add the phrase "In God We Trust" to the state seal.

Despite sailing through the Mississippi Senate with virtually no discussion late last month, the bill started drawing heavy fire from civil-liberties organizations and other groups in Mississippi and nationwide in recent days. The bill that passed the Senate defines exercise of religion as "the ability to act or the refusal to act in a manner that is substantially motivated by one's sincerely held religious belief, whether or not the exercise is compulsory or central to a larger system of religious belief."

At the time, it was widely derided as little more than an attempt to appeal to conservative voters, and a waste of taxpayer resources. Since, some observers have started to wonder if the sponsors had ulterior motives.

"We learned in the vetting of this bill that (the state seal) is clearly not the sole purpose of the bill," said Brandon Jones, executive director of the Mississippi Democratic Trust, which provides support to Democratic candidates and lawmakers. "No one mentioned anything about discriminatory practices. There were no questions that it passed overwhelmingly. It also tells me that the folks who knew what was in this bill must not have felt too proud about it because, when they were presenting, they didn't fully explain it."

"This bill has nothing to do with faith and everything to do with codifying shameful discrimination," said HRC President Chad Griffin in a press statement. "We have seen businesses, people of faith and political leaders from both sides of the aisle speak out against this type of legislation. Passing this bill would not only place Mississippi firmly on the wrong side of history, it would hurt the state's economy and tarnish its reputation."

Civil-liberties groups are especially worried about the law's effect on the LGBTQ community, which federal anti-discrimination laws do not protect in the same way that racial, ethnic, and religious minorities, for example, are protected. A legal objection to SB 2681 on the basis of sexual orientation could have a tougher fight in the courts than other types of discrimination, observers say.

Sen. David Blount, a Jackson Democrat, admitted that he and many of his Senate colleagues were unaware the bill did more than add words to the state seal when they voted in favor of it.

"I am opposed to discrimination of any kind, including discrimination based on sexual orientation. Obviously, I should have (all of us should have) been aware of this. I have already talked with House members about removing language relating to legalized discrimination in SB2681," Blount said in a statement posted online.

When asked about the bill's chances of passing in the House—the House Judiciary A Committee has yet to act on it—Jones, a Pascagoula native and a former member of the House of Representatives, said Republican leaders have a history of passing knee-jerk legislation.

"You certainly can't assume that a bill like this one won't pass," he said. "I think that what some of us would like to see, at a minimum, is that some of these most negative parts of this bill will be amended out and the bill stopped."

The Supreme Court deemed the Religious Freedom Restoration Act unconstitutional in 1997, but religious activist groups such as the Rutherford Institute spread across the states to revive the bill, according to Justia.com. Al Jazeera America reported that Focus on the Family, another Christian advocacy group, is connected to a similar bill in Kansas.

Mississippi is currently embroiled in a lawsuit over the constitutionality of a 2012 law requiring free-standing abortion providers to only use doctors who have admitting privileges at a local hospital. The state's only abortion clinic, Jackson Women's Health Organization, has been unable to comply, and U.S. District Judge Daniel Jordan has allowed the clinic to remain open while the case is ongoing. Mississippi recently asked a federal appellate court to overturn Jordan's ruling to let the clinic continue providing abortion services to women.

"Of course, cases like that could clog up our court system," Jones said today.

Jones said the bill harkens back to the days of Jim Crow laws in which businesses had the legal protection to subject African Americans to inferior customer service, requiring blacks to enter through back doors and wait until all white customers had been served first or not be served at all.

"There are some really sad memories that behavior like this drudges up," Jones said.

"Upon reading the bill, the scope of the language is so broad and vague that it could very well, especially in regards to businesses, create exclusionary, discriminatory behavior," Rhodes said.

Not only could it exclude LGBTQ individuals, but the bill could also allow discrimination against race or nationality, Rhodes said.

"If the language is not modified, it could be profound. I don't think it could just be the LGBT community because the language is so broad. It could be LGBTQ, it could be Mexicans, it could be a whole host of things," Rhodes said. "The question is: Does the state have the right to allow private businesses to make these sort of sweeping generalizations? How do you determine someone's religious belief or not?"

Despite the decision to take no action on SB 2681 today, the bill could be brought back before the March 4 deadline for committee action or amended on the House floor or conference committee.

R.L. Nave contributed to this report.