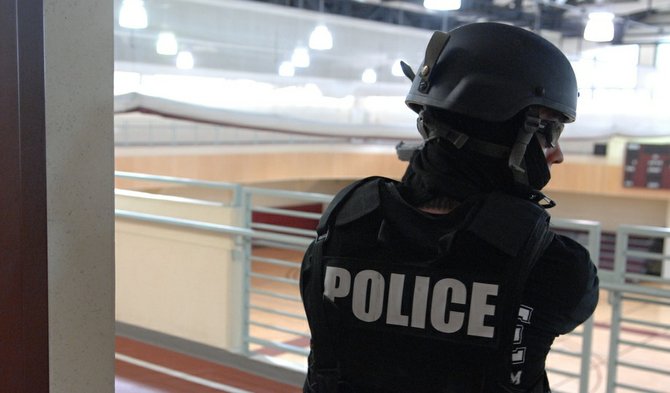 JACKSON, Miss. (AP) — The state Board of Education has awarded school security grants to 24 more Mississippi school districts, but still hasn't managed to spend even half the $5 million that the state Legislature appropriated for the program in 2013.

Lt. Gov. Tate Reeves spurred lawmakers last year to set aside $5 million for grants paying $10,000 each toward armed school resource officers. The program was meant as the state's response to the Newtown, Conn., school shooting. Local districts must at least match the money, although an officer would typically cost more than $20,000 a year.

With $1.57 million awarded earlier, a total of $2.2 million has been disbursed. Of the 151 school districts in Mississippi, 73 have now received money from the Mississippi Community Oriented Policing Services programs. A total of 220 officers have been funded during the current budget year, which ends June 30.

"The demand for MCOPS grants illustrates the need communities have in keeping their campuses safe," Reeves, a Republican, said in a statement Friday. "School is a place where children should know they are safe, and MCOPS is a way for the state and local communities to join forces to protect children and address parents' concerns."

"They all met the criteria," he told members of the Board of Education on Thursday.

Welch said that if lawmakers would roll over the remainder of last year's appropriation, the state could give another year of grants to current recipients.

"The funds would be available to do another round," he said.

Lawmakers currently propose to allot $5.5 million for the program in the 2015 budget, although those numbers are subject to change as budget talks continue.

Some districts have said they didn't apply because their officers don't fill all the roles required by the grants. They include not only providing security and writing a crisis response plan, but serving as a "law-related educator," teaching character education programs such as Drug Abuse Resistance Education (DARE), mentoring at-risk students and acting as a liaison with the local youth court.

Among the state's five largest districts by enrollment, Harrison County was the only one that applied. DeSoto County, Jackson city, Rankin County and Madison County did not.

Pearl Public Schools also did not apply. The Rankin County district experienced Mississippi's worst school shooting in 1997 when Luke Woodham, a 16-year-old student at Pearl High School, shot and killed two students and injured seven others after killing his mother in his home.

$5.5 million to put armed personnel in the schools (which will likely go to private contractors), but not a penny more to actually educate the children--again. What a travesty. Every Mississippian should see by now where the state's Republican lawmakers' priorities are, and they are not on the future of our children.

Well, let's hope it goes to private contractors, so at least some good will result from it.

You'll have to explain your comment, notmuch. How will this money going to private contractors be a good thing?