Persizzle of the Dizzle: Snoop Dogg 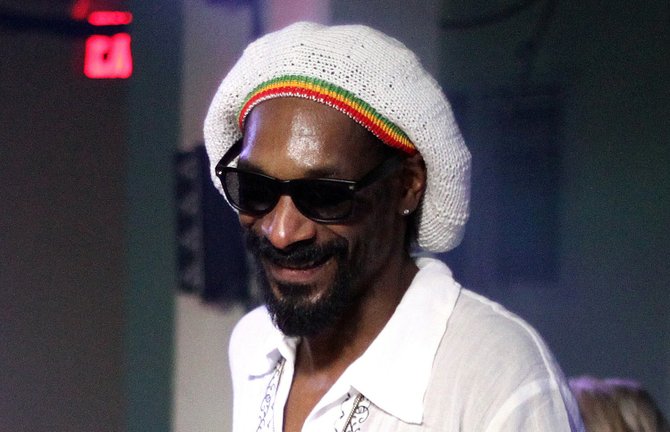 Since Snoop (nee Calvin Broadus) rapped his first verse on the song "Deep Cover," for the 1992 soundtrack of a film by the same name, fans have crept with him as he's crawled his way to the pinnacle of hip-hop and American music.

That journey started in Snoop's hometown of Long Beach, Calif. Snoop, now 42, picked up the nickname "Snoopy" as a child, because of his resemblance to Peanuts pet beagle Snoopy. At a young age, he began singing and playing piano in church, and in sixth grade, he began rapping.

In the early 1990s, Dr. Dre, who by then was already a legendary rapper and producer in southern California, discovered Snoop. Formerly a member of the Compton-based quartet N.W.A., Dre put Snoop on "Deep Cover," and also had Snoop collaborate on Dre's first solo record, "The Chronic," in 1992.

Much of Snoop's cult of personality centers around his unabashed love affair with marijuana. It was that love that led Snoop to start practicing Rastafarianism after a 2012 visit to Jamaica and adopt a new moniker: Snoop Lion.

In spring 2013, a film documenting Snoop's conversion to Rastafarianism debuted. The documentary, "Reincarnated," shares a title with Snoop's next studio project, due out in April.

Snoop Lion roars into Jackson Tuesday, Feb. 18, for a show at Hal & Mal's. Tickets cost $30 and doors open at 7 p.m. Snoop is scheduled to take the stage around 8 p.m. Tickets available at Ardenland, all Ticketmaster locations, or charge by phone at 601-292-7999.