State Loses Out on Preschool Funding—Again 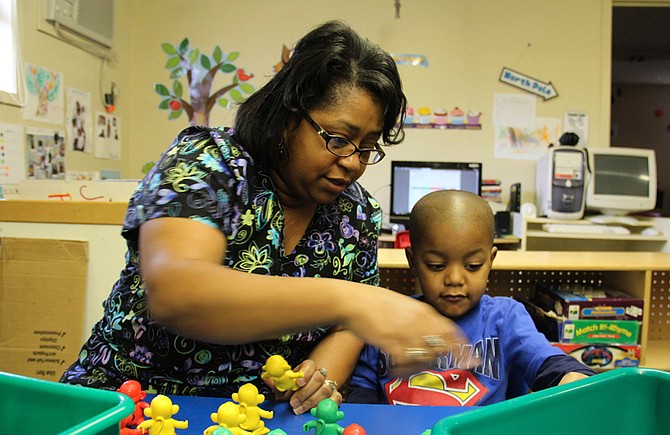 Mississippi's flawed application and underdeveloped plans to provide preschool for all children is partly to blame for why the state's youngest learners were bypassed once again for federal funds that could have provided a boost to early education, a review found.

Last week, Mississippi was passed over for a preschool grant that would have tripled the number of children enrolled in early education classes in four years, increased the number of highly qualified preschool teachers and boosted salaries, according to the state's application.

This year marks the third time that Mississippi's application, which asked for $60 million in federal preschool funding over the course of four years, has been rejected. The state scored seventh out of nine applicants for a specific preschool development grant, and is one of the only states in the South to lose out.

Eighteen states received a federal preschool grant ranging from about $2 million to nearly $25 million to establish or expand existing programs as part of a nationwide push to expand access for early childhood education. Just 6 percent of 4-year-olds in Mississippi attend a state-funded program, which has received $3 million each year for two years.

A growing body of research has found that high-quality pre-K programs can teach children important classroom skills like how to raise their hands and pay attention, as well as boost reading and math skills. Data released earlier this year found that two-thirds of Mississippi's students start kindergarten unprepared and are less likely to be proficient readers by third grade. For years, Mississippi's students of all ages have scored at or near the bottom on national standardized reading and math tests.

Many educators say that, to improve later outcomes, Mississippi must first improve early education. Nationwide, about 28 percent of 4-year-olds attend state-funded preschool programs according to the National Institute for Early Education Research, although access and quality vary greatly.

As of 2013, 10 states did not offer preschool, while states like Oklahoma and Florida provided pre-K to more than 74 percent of their 4-year-olds. Some states have high-quality programs as evidenced by such traits as ensuring teachers hold bachelor's degrees and enforcing small class sizes. Other states meet few of these high-quality guidelines.

Officials who reviewed Mississippi's application noted many deficiencies, including vague statements and an overall lack of evidence and details. The reviewers frequently mentioned that the state did not provide plans to ensure that all students, including English-language learners and those with disabilities, would receive a high-quality preschool experience.

The state was also criticized for its lack of commitment to children in poverty. One reviewer noted that the state-funded preschool program served only 2 percent of children in poverty in 2014, and only 5 percent will be served in 2015. Unlike in states such as Tennessee, low-income children are not prioritized in Mississippi's program, although some funding from the grant would have targeted low-income children.

On Thursday, Carey Wright, state superintendent of education, responded to the critiques in a statement. "We are very disappointed that Mississippi was not awarded the federal Preschool Development Grant but will use the feedback from our proposal to help strengthen our early childhood education system," Wright said. "Mississippi is still in the early stages of offering publicly funded, high-quality early childhood education programming. We remain fully committed to expanding access to these programs for all children."

Gov. Phil Bryant also issued a statement last week in which he called the loss of funds "unfortunate" and lauded the work of current preschool groups in Mississippi, which he said "are already showing positive student outcomes in the state."

The reviewers noted that if Mississippi wants federal funds for preschool, it must first develop the "necessary infrastructure and capacity for scaling up a sustainable pre-K program." Reviewers also detailed deficiencies in Mississippi's training and preparation for preschool teachers.

Although the state proposed a plan to increase education requirements for preschool teachers, reviewers noted that the plan "appeared to emphasize the quickness of acquiring credentialed individuals" rather than "the quality of the individuals' preparation for their jobs."

The officials argued that while the state's small preschool program, which launched in 2013, is promising, "there has been no additional legislation passed in Mississippi in recent years to better support access and /or improve the quality of preschool programs for young children." One reviewer emphasized that Mississippi's lack of mandatory kindergarten "could be a hindrance" to sustaining "the educational and developmental gains of Eligible Children."

In Mississippi, where schools are not required to offer full-day kindergarten programs and attendance is voluntary, a Hechinger Report analysis of data found that kindergarteners have the lowest average daily attendance rate of any K-8 grade.

Danny Spreitler, a member of the state's Board of Education and executive director of a foundation focused on early childhood, said that before the state applies for more grants, it needs to improve collaboration between state agencies and preschool programs. "I honestly don't think this is the time for us to be out here trying to figure out money, until we get our ducks in a row," he said.

Spreitler added that he was troubled by the harsh comments from reviewers, which didn't seem to acknowledge that Mississippi is at a different stage in its program than other states. "We need to take this next year, 2015, and rather than look at massive expansion, we've got to get more reliable data on the programs that are working and sit down ... look at what's working," and then "figure out how to take it statewide."