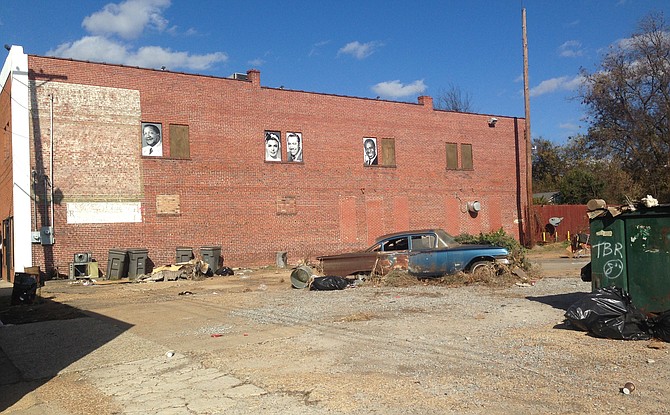 Part of the set for locally-filmed "Same Kind of Different As Me" Photo by Trip Burns.

Mississippi is famous for things such as blues music and its civil-rights history, but the state's burgeoning film industry may be the next big thing for the Magnolia State.

One of the most recent and visible examples of how quickly filmmaking is growing in Mississippi was "Same Kind of Different As Me," which concluded shooting around Jackson on Dec. 10.

The film is based on the book by Ron Hall and Denver Moore about their friendship, which began in a homeless shelter. Previously, projects including "The Hollars," starring John Krasinski and Anna Kendrick, and "Get on Up" were also filmed in Jackson and other areas of the state. Other films shot in Jackson include "Battlecreek," "Life at These Speeds"—which films through Monday, Dec. 15—and "Dixieland."

"There will be a direct spend of about $50 to $60 million this year," Nina Parikh, the deputy director of the Mississippi Film Office, told the Jackson Free Press.

She adds that Mississippi had about 16 film projects in 2014, the most the state has ever had. The success of these projects can be traced to the Mississippi Motion Picture Incentive Program, which the Legislature first approved in 2004 and expanded in 2013.

Parikh says Mississippi's incentive program is one of the best in the nation. It gives cash rebates for certain film expenditures and film crew payrolls. It also gives production teams the ability to use tax reductions on certain rentals and purchases while filming in the state.

Under the provisions of the state law, the state gives production teams 25 to 35 percent back on the amount they spend during film production. It offers rebates to nationally distributed productions such as documentaries, feature films, TV shows and video games. To get the incentive, productions must have a minimum $50,000 budget. Each project is capped at $10 million.

The idea is designed to entice national production crews to come into Mississippi and spend money at places such as restaurants and hotels. Parikh says films with smaller budgets also help Mississippi because they're more likely to want to hire local to get more of their budget into the film itself.

"It doesn't matter if they're a $100,000 project or a $15 million project. They all have the same needs and they're going to have to spend those dollars locally," she said.