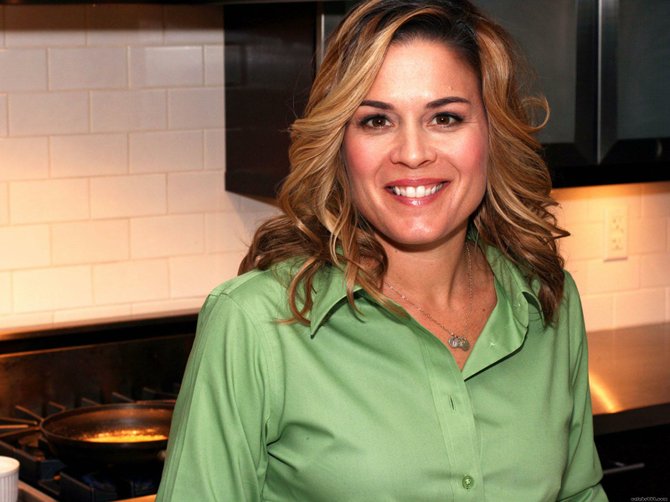 Cat Cora, 46, was destined for culinary greatness. She grew up in the Greek community of Jackson, hosting tea parties and treating family with her Easy Bake Oven. At 15, she presented her first business plan to her grandfather and father, who were both restaurateurs. Cora attributes her original cooking style to the convergence of her Greek and southern heritages as well as the influences of Julia Child and Cora's grandmother, Alma Brothers.

Cora is teaming up with local chefs and Table 100 in Flowood (100 Ridge Way, Flowood, 601-420-4202) on Aug. 19 for a fundraiser called "Mississippi Culanthropy" that will benefit future UMMC nursing students with a scholarship. She wants to give back to Mississippi, Jackson and specifically UMMC, where her mother, Virginia Lee Cora, graduated and went on to enjoy a successful career as a nursing professor. Alma Brothers, the same grandmother that helped teach Cora to cook, was a nurse as well. Cora also noted the support of UMMC when her father, Spiro Pete Cora, battled cancer.

"The fact that I'm on national television does give me a voice," she said in an interview with Jackson Free Press. "I sing Mississippi's praises all over the world. This is my way of giving back to Mississippi."

On Aug. 18, Cora toured the UMMC School of Nursing facilities, where she watched nursing students participate in simulations that will prepare them for their careers—a glimpse of the experiences that some students will be able to have because of the scholarship.

"She's seen a lot of my world, but this is the first time I've seen hers," Cora said of her mother.

After receiving a bachelor's degree in exercise physiology and biology at the University of Southern Mississippi, Cora pursued her dream of attending the Culinary Institute of America in New York. She apprenticed under world-renowned chefs in both the United States and Europe, including New York's Chef Anne Rozenweig at Arcadia and France's three-star Michelin chef George Blanc of Vonnas. She returned to New York as a Sous Chef at The Old Chatham Shepherding Company, then headed west to California—where she still resides—to serve as Chef de Cuisine at Napa Valley's Bistro Don Giovanni.

Cora's 1999 television debut on Food Network's "Melting Pot" led to numerous other appearances on shows like "Simplify Your Life," "My Country My Kitchen: Greece," "Date Plate," "Celebrity Cooking Showdown" and "Around the World in 80 Plates." A documentary called "Cats in the Kitchen" showcased her first James Beard dinner in 2002. In 2005, with all the strength and resilience of a Mississippi woman, Cora became the first female Iron Chef on Food Network's "Iron Chef America." Shortly after, in 2006, Bon Appetit named her Teacher of the Year and Executive Chef of the magazine.

The chef's passion for philanthropy rivals her love of cooking. As founder and president of Chefs for Humanity, she gathers the culinary community to rally around and raise funds for emergency, educational and hunger-related issues. Her generous spirit has created partnerships with UNICEF, First Lady Michelle Obama and most recently, the University of Mississippi Medical Center.

Following the charity dinner, Cora will return to her Santa Barbara, Calif., home with her wife, Jennifer Cora, and four sons, Zoran, Caje, Thatcher and Nash.