The Glorious Flight of Futurebirds 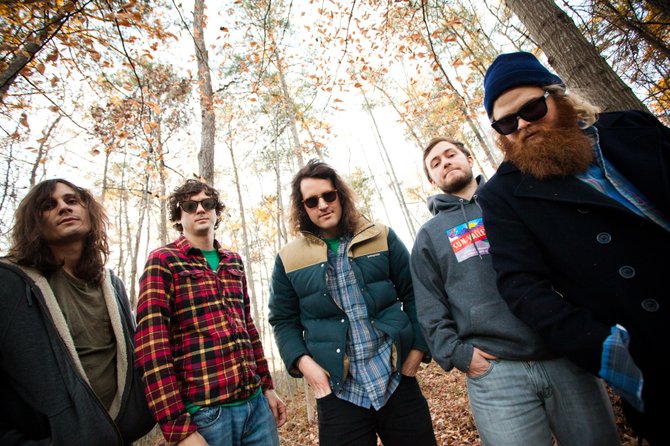 Futurebirds brings its far-out alternative country back to Jackson.

I'm no Roman general, but when Futurebirds swoops down on Jackson, I predict that everyone within earshot will have a good time. Hailing from Athens, Ga., Futurebirds has a sound described as indie rock, Americana and alternative country, but if you ask the band, its eclectic music is best summed up as "chonkyfire spliced with rock 'n' roll," a nod to the song "Chonkyfire" by Atlanta-based hip-hop duo Outkast.

Carter King, 27, one of the band's three guitarists and vocalists, says of the band's name, "It was born in a 'poultry evaluation' class that I took at the University of Georgia in Athens." His teacher was telling a story about Roman generals using the feeding patterns of chickens to determine the outcome of battle. "I thought it had a nice ring to it."

Reminiscent of a Woodstock headliner, Futurebirds acknowledges late-'60s and early-'70s music as an influence. "If you listen to one of our iPod playlists in the band, it's pretty all over the place, but yeah, we love early '70s. We love a lot of that stuff," King says.

Naturally, country greats George Strait and Randy Travis are on that list, but an unexpected addition is Taylor Swift, whom King counts among the band's guilty pleasures. "We have a few Lorde fans in the band. A lot of early '90s country music gets played, too."

After two EPs, one live album and two studio projects, Futurebirds has experienced big changes. Original drummer and newlywed Payton Bradford left the group to pursue a career in law. Looking on the bright side, King says, "Hopefully, he'll keep us out of jail someday."

"That's Daniel Womack's dog," King says. "She actually spent a good few months with us on the road touring. She came to all the venues with us, slept in the van. We snuck her into hotels and stuff. She's just a great little spirit-mascot to have along with us on the road. She's a sweetheart."

The more you think about it, it's not such a stretch that the band likes Taylor Swift. Futurebirds is all about fun, even if it's painful. "This (will be) our second time playing in Jackson. We played once before at Martin's. It was a blast," King says. "We were jumping around the stage, and I ended up catching Daniel's guitar in my face, and I was bleeding out of my nose during the show. It was a good time. There was karaoke before the show. Yeah, we had a blast."