Echoes of Greatness from the Cardinal Sons 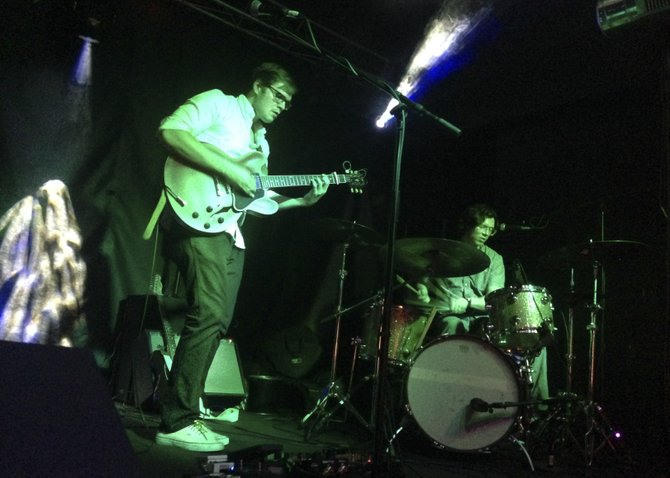 In the Internet age, sometimes it feels as if everything has already been created and achieved, that there is nothing left to do. Thousands of gifted people share their work online, and it can be a little overwhelming for someone wishing to make a mark on the world.

How is it possible to make one voice stand out amongst many?

In the case of Cardinal Sons, the Jackson-born, New Orleans-based band of brothers, you take your harmony-laden brand of pop, rock and indie songs to a songwriting competition and win a recording session. After it won the Mountain Stage NewSong Contest last October, producer Charlie Sexton rewarded the band with a March recording session. Thus, "The Echo Choir" EP was born, named after the studio, Echo Mountain Recording in Asheville, N.C., and the rich harmonies that have gotten the band this far.

"I think one thing the band is trying to do is to have the family harmony be something we ... incorporate on every song," synth, keys and bass player Joe Shirley, 26, says, The, guitarist and lead vocalist John Shirley, 29, and drummer Dave Shirley, 25, strive for "Beatles-esque" harmonies rather than those found in country music, Joe adds.

Besides the brothers' mutual love of The Beatles and current bands like Wilco, they count their home base of New Orleans as a primary influence. Cardinal Sons was inspired to incorporate more electronics in its new material by fellow New Orleans band Generationals, with whom Cardinal Sons shares a practice space. The jazz heritage of the group's new home has crept into the music as well. "There's a lot of New Orleans influence in the way I play the drums, even in this pop-rock setting," Dave says. He and Joe have moonlighted in a few jazz bands while staying in the city.

"Being in New Orleans, we have to make music that makes people move and dance a little bit," John says.

In general, the members of Cardinal Sons believe that "The Echo Choir" reflects this desire to get people moving by offering a fun, light mix of pop and rock elements. "There's one melodramatic song on it, but all of them come off as happy," Joe says. "They sound really young and fresh."

Cardinal Sons tailored the production of "The Echo Choir" to achieve maximum dance party potential. Lead single "Day of Summer" features Sexton playing bass guitar over Joe's synth-bass, and B-side "Solo" couples a string quartet with pulsing synths to emphasize the beat. Dave remembers recording the self-described party track "Casanova" as being "just us in the studio, making noise and screaming and just being idiots."

Even when singing about love on tracks such as "Blood," Cardinal Sons doesn't start to wallow in sentimentality or gloom. "We don't really play it like a sappy love song, " Joe says. Sappiness might be out of place on "The Echo Choir" EP, a release the brothers prefer to describe as energetic. No matter how many contests the brothers may win or glossy studio EPs they may release, Cardinal Sons, at its core, is a family, albeit one whose members like to mess around and make music.