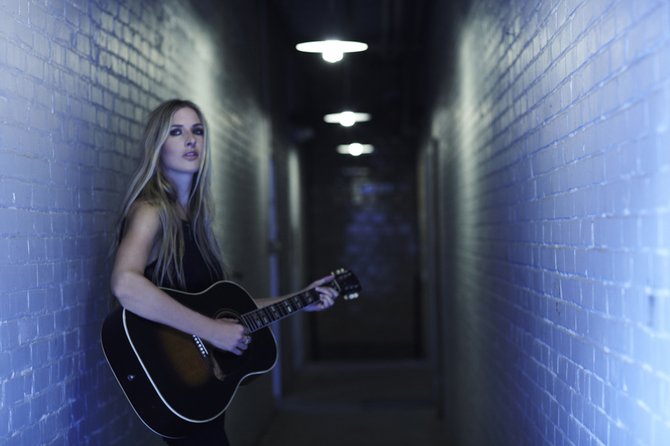 Holly Williams is making a name for herself apart from her famous father, Hank Williams Jr.

"I'm a big cook, I love southern meals," songwriter Holly Williams says, adding, "(but) I can't beat my grandmother's sweet potato recipe!" Williams is down-home girl, southern bred. She was born in Nashville and, as the daughter of Hank Williams Jr., has solid ties to the music industry. Songwriting is definitely in this woman's blood.

In February 2013, Williams released her third studio album, "Highway," on her imprint Georgina Records. Her last album, "Here with Me," was in 2009. "It took me a long time to grow as a songwriter, performer and singer, and to kind of realize what I wanted to talk about and what I wanted to say," she says of her downtime time from 2009 to 2012.

"Drinkin'" is her first single from "The Highway," and it's a fan favorite for good reason. Embedded in this funky, raw folk tune are invisible stories of poverty, substance abuse and dysfunctional relationships that many people can relate to personally, or through a friend or loved one. "My songs are either 100 percent biographical or stories from friends of mine," Williams says.

With roots in rural Louisiana, Williams says she's observed the never-ending cycles that can occur in small towns as a result of joblessness and boredom. The video, recorded in her middle Tennessee backyard, adds even more rawness to the song.

Upon its release, "The Highway" caught the attention of producers on "The Tonight Show with Jay Leno" and, in 2013, they invited Williams to perform "Let You Go" on the show.

Williams has toured both in the U.S. and internationally—she lists Paris, Amsterdam and "a little town outside Dublin" as some of her favorite places from a recent European tour.

With powerful songwriting and catchy guitar rifts, Williams' music is relatable to an array of people.

Like many of her musical predecessors, Williams credits a religious foundation ("I was raised in the church," she says) and her family for making her who she is, and giving her the spiritual insight found in her lyrics.

Take for instance, the last track on her album, "Waiting on June." "It's about my grandparents," Williams says. "It's really their life story from beginning to end." Williams says she's been surprised with its reception: "I never would have thought a seven-minute folk song would be so popular."

Williams' shows, she says, are about her guitar and her stories. "My music is for people who love hearing stories, and hopefully my music will resonate with them somehow," she says.